After hearing the sad news that Wes Craven had died, it seemed only appropriate to watch one of his ’80s classics. Of course, most people would have picked out A Nightmare on Elm Street which is a stone-cold classic but I decided to return to Deadly Friend, one of his less celebrated works.

The film itself was disowned by Wes Craven after studio interference turned his alternative love story into a full-on horror film but there’s plenty to enjoy about Deadly Friend. I hadn’t seen it since the late ’80s and had forgotten everything about it.

Deadly Friend tells the story of Paul Conway, a talented electronics expert who has created BB, a self-learning robot that looks a little bit like a rubbish toilet. BB is introduced first when he attacks a would-be thief who breaks into the van that BB is in.

Eventually the film settles on Paul and his mother as they move into their new house in a new town. After befriending Tom, a local paperboy, and Sam (played by Kristy Swanson) everything seems to be going well for Paul. He’s making friends, his research is producing some good results (in so far as he puts an AI chip into a corpse and makes it kick its leg a bit) and Sam has taken a shine to him. 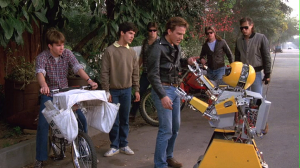 For a while the film enjoys a fairly slow pace as it introduces a few characters that are clearly going to get theirs later on. Henry is Sam’s dad and his violent behaviour has left Sam bruised and afraid (to be fair he gets an excellent early death scene when she stabs him in the heart but it turns out to be a dream sequence). Carl is the leader of a local biker gang who ends up with his nuts in BB’s tight grip after he slaps the robot upside the head a few times.

Most notably though, Anne Ramsey (of Throw Momma From The Train and Goonies fame) appears as Elvira, a miserable old woman who locks out the outside world and guards her house with a shotgun. She’s brilliantly gruff as always. 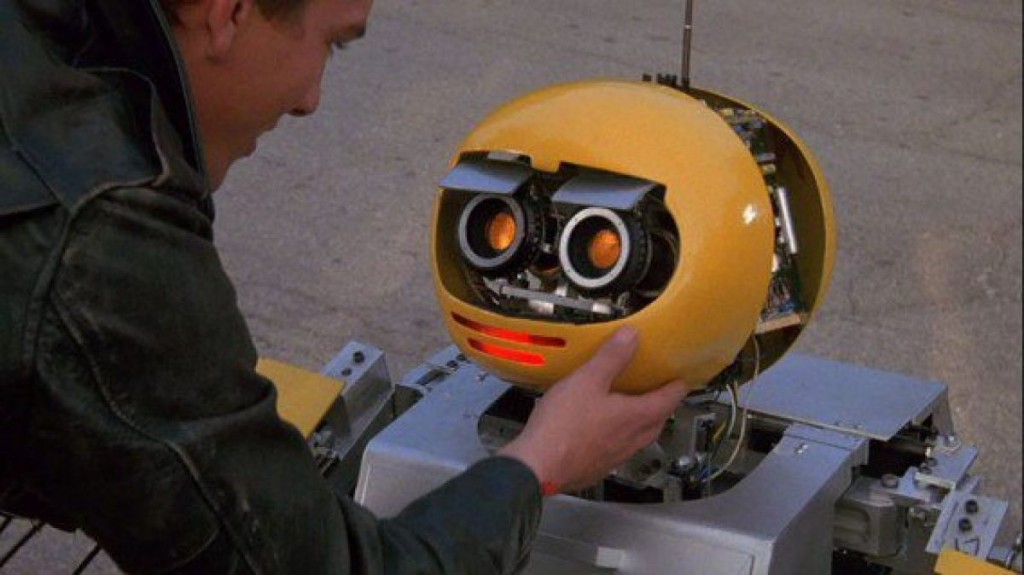 Paul’s world is turned upside-down when BB is destroyed by Elvira after trespassing on her land and then Sam is accidentally killed when Henry punches her and she falls down the stairs. Well, she’s not totally dead. She’s only brain dead and Paul decides he can save her if he can just get one of his robot chips into her head.

At this point the film veers from being a teen adventure to a straight up horror film. Sam’s resurrection comes at a price. As a sort of zombie (albeit one that moves like a someone trying to do the robot dance), she decides to go and pay dad a visit. He’s remarkably unrepentent about killing his daughter but she’s not too bothered, she just wants him dead and ends up cooking his head in their furnace.

Paul finds her, hides the body (CSI hadn’t been invented yet) and hides her in his attic while trying to explain to her that she should probably stay hidden.

For a girl who doesn’t talk, the Sambot is not shy about going out and when she spots Elvira from Paul’s window she decides to go and see her. Elvira sees her coming but, for reasons unknown, Sam now has super strength and ends up smashing a basketball into Elvira’s craggy face with enough force to make her skull explode. Nothing but net!

At this point Tom, the extremely bland friend from earlier, decides he can’t stay quiet and starts to freak out. He calls Paul and says that he’s going to the police. Somehow Paul convinces him to go to Paul’s house and meet Sam. It doesn’t go well and as Tom flees from the house, Sam dives out of the attic window and lands on him (while shouting ‘BB’ just so you know she’s a kill-crazy ‘borg!).

Paul saves Tom from inevitable robobrain zombie death and then slaps the Samdroid clean in the face. Not a good move (given that she cooked her dad’s head for being violent to her). She runs off and when Tom gives chase he ends up running right into Carl (the biker from earlier) and takes a beating from him before T-Sam-800 saves him and flings Carl into a car windshield, killing him instantly.

Sam’s vision starts flicking between robovision (imagine the worst CRT in the world with Commodore 64 graphics on it) and normal human vision and even manages to say something other than ‘BB’ when she calls out to Paul by name. Unfortunately at this point she’s got a cop holding her at gunpoint and the asshole computer bit of her brain decides to fight her way out of trouble. As she rushes the cop (in painful slo-mo) he shoots her in the gut and she is killed. 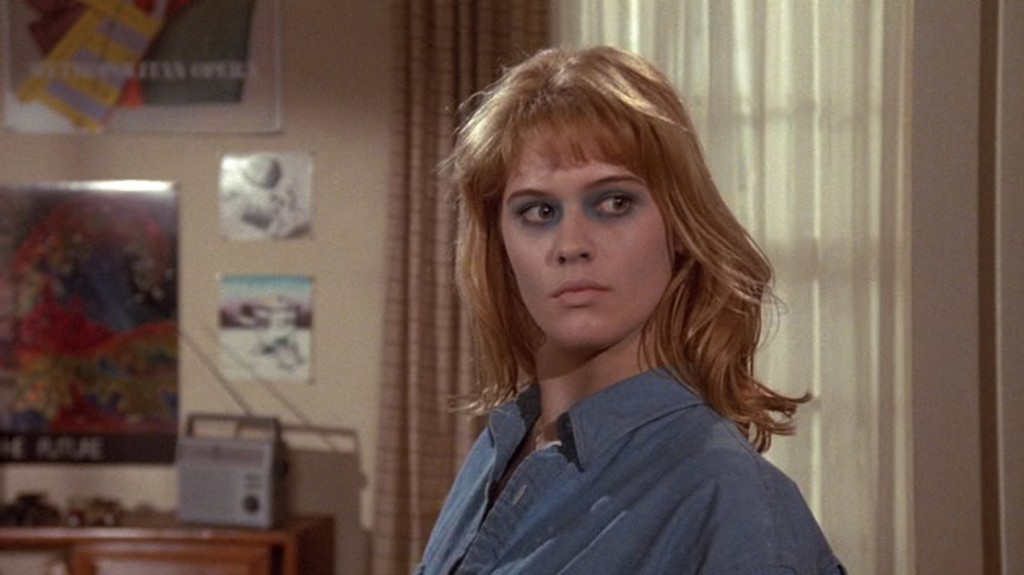 The film ends with Paul, rather unwisely, breaking Sam out of the morgue before she wakes up and strangles him while her skin falls away, revealing an angry human-shaped robot underneath. A move that you expect to end up with Paul waking up but no, it’s the actual ending.

It’s a baffling and stupid way to end a movie and is the ultimate display of studio interference.

While the man himself may not have liked Deadly Friend, Wes Craven crafted a great film here even in the face of massive difficulties. His vision was watered down by people who wanted him to capitalise on the success Elm Street had given him and in the end it may have been for the best. If it’s the choice between a family friendly love story or a mad gore fest, we’re more than happy to dumb down and watch heads explode.

Videodrome (1983) – Limited Edition Ten reasons why The Man With Two Brains is the best comedy movie ever made.