While Hollywood can rightly be accused of milking cows to death with its incessant, and necessary, remake culture, the fact is that there have been some great ones.  Of course, it helps when the original was some 1950s nonsense and the remake came in the ’80s and, much like The Thing, that’s the case here with The Blob.

I had been meaning to rewatch this film for ages (having initially been unimpressed with it when I watched it some 25 years ago) and it really is a remarkable piece of work.  Directed by Chuck Russell (also responsible for the best Elm Street movie) and starring a young Kevin Dillon, the film starts with that classic film trope:  man touches blob, blob dissolves man. 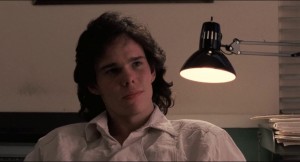 Earring, bit of a mullet, owns a motorbike. Kevin Dillon presumably making up for not getting a part in The Lost Boys.

From very early in the film, The Blob is intent on being as outrageous as possible with its effects and when a vagrant is rushed to hospital with a gooey blob latched onto his hand, doctors are confused.  This confusion turns to concern when the man’s lower half is revealed to have essentially been turned into a puddle and as the film’s obvious choice for hero, Paul (a teenager who is there with good girl Meg and town bad boy Brian, played by Dillon) calls the police, the blob drops directly onto him.  Meg attempts to help him (but gets thrown against a wall and knocked out) but Paul is proper fucked at this point and can only attempt to scream as he is digested by the blob which has already grown in size considerably. 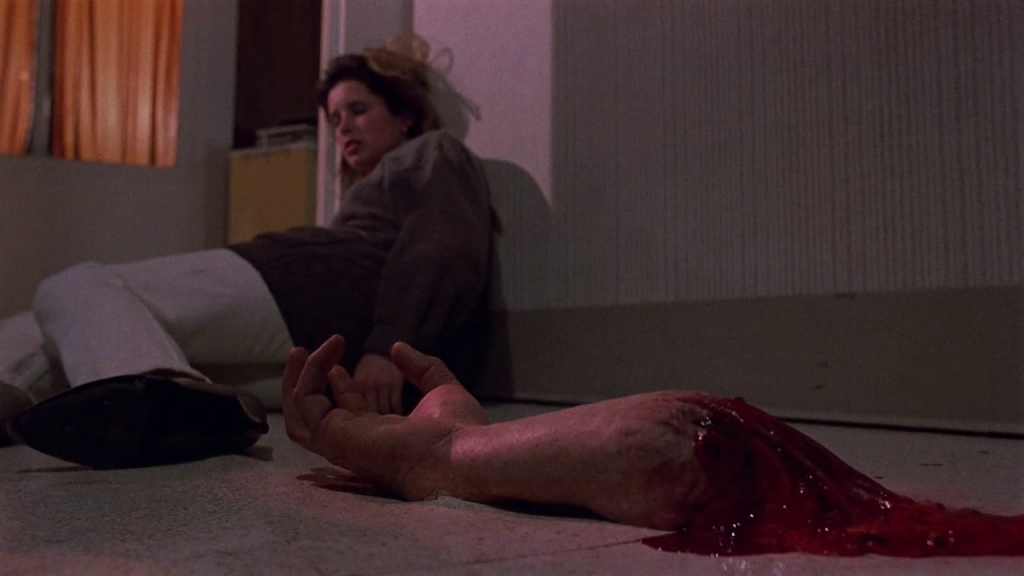 Brian had already left (because, you know, bad boy) and when no-one believes Meg’s story, she meets with Brian to tell him what happened.  He doesn’t believe her but soon gets on board when the a man working in the diner they are in is pulled through a sink’s drain.  BY HIS HEAD.

The blob decides to take its order to go, namely a quick scoff of the diner’s owner, and retreats to the sewers after attempting to kill Meg when she was in a freezer.  It turns out the blob isn’t very good with the cold. 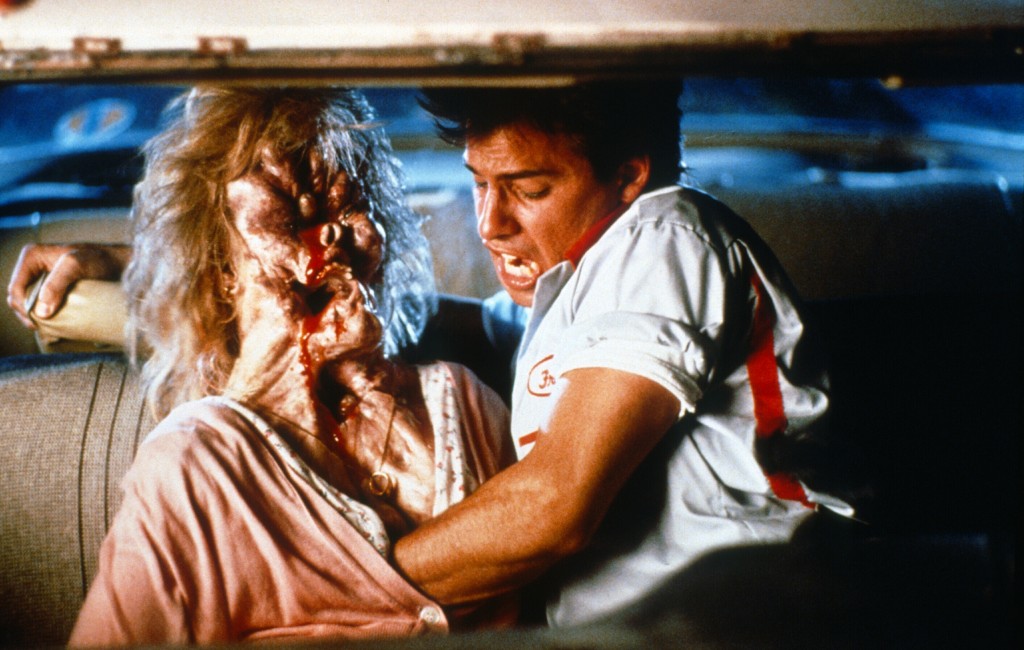 The inevitable ’80s ‘make out’ scene is present and correct.

As Meg and Brian tell their story to the police, it soon becomes apparent that there is more to the story when a military-led team of scientists turn up.  It turns out that the blob is a biological weapon and rather than destroy it, the scientists, led by Dr. Meddows (played by Joe Seneca, best known for being grumpy in the sensational guitar ’em up Crossroads) are intent on capturing it in the sewers. 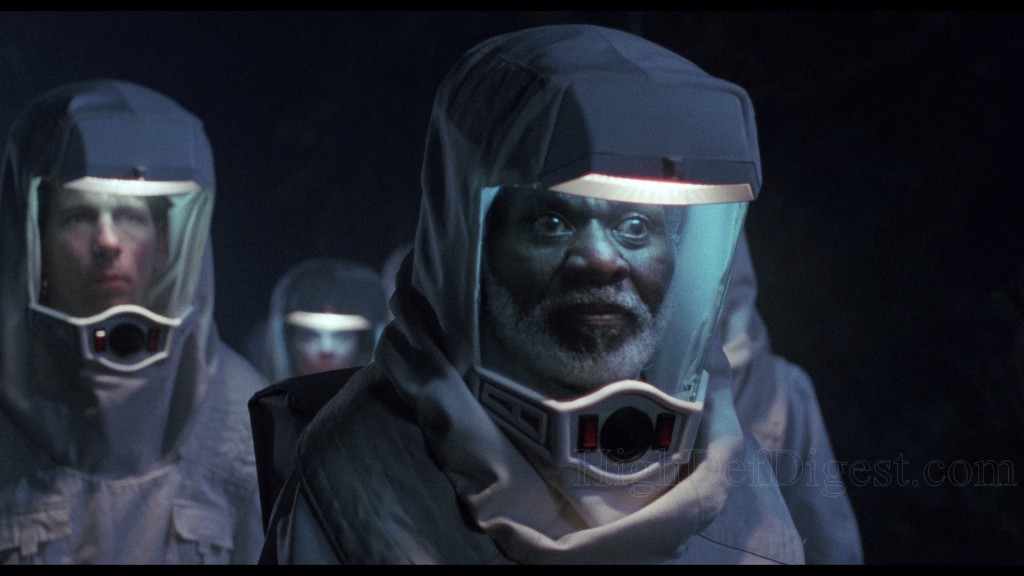 Bad boy Brian ends up eavesdropping on the doctor’s conversations but is discovered and has to escape via, you guessed it, the sewers.  At this point the blob is enjoying a quick portion of pick and mix at the local cinema, namely a previously-annoying kid, as Meg turns up to rescue her little brother.  The blob is now enormous and the effects work on it are both brilliant and ridiculous all at the same time. 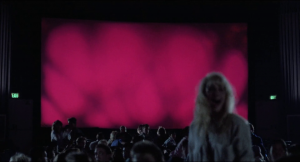 The film continues to escalate from this point while exploring all the usual story beats that you’d expect.  Brian’s redemption, Meg’s struggles and Dr. Meddows being an absolute prick.  It’s all standard stuff but you can tell the film makers were having a blast with the blob itself.

Much like a good Friday the 13th, the characters are just there to give context to as many creative deaths as the special effects and make up team can get away with.  Sure, you can spot all the tell-tale signs of blue screens, upside-down filming and the use of minatures if you really look for them but as the film was playing out, I fully bought into it all and given that the film is trying to shock you wherever possible, that’s how you’ll get the most out of it. 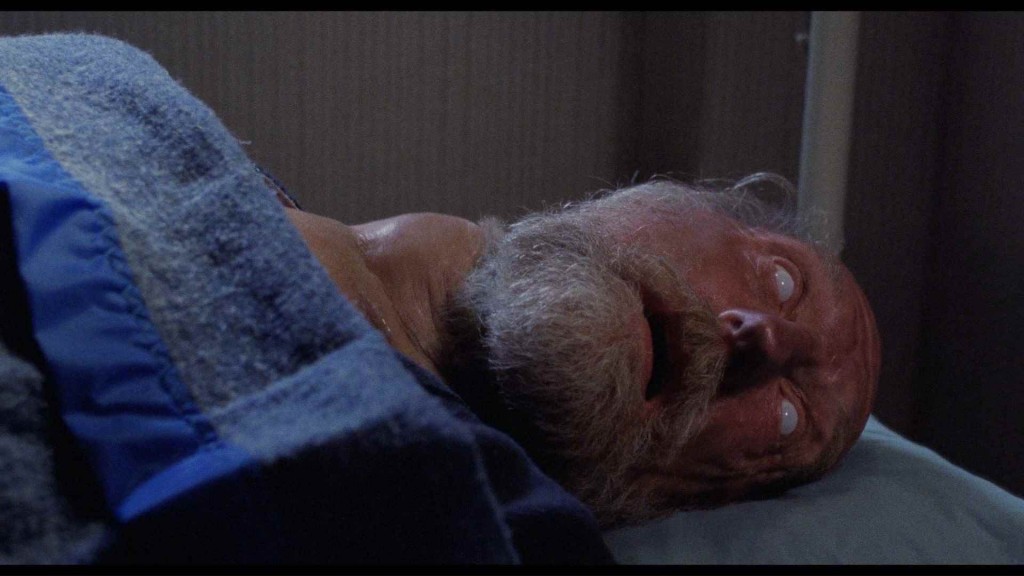 What did I just watch?

Of course, Hollywood will no doubt reimagine this tale again in the future where it’ll be a CGI blob destroying skyscrapers and all that bollocks but it’ll never capture the late Eighties spirit of this film.  It may have been a flop at the box office but if you’ve got a lazy Sunday coming up, The Blob is a dollop of cult silliness and actually pretty good horror.

Ten reasons why Fright Night is the best vampire film ever made. Worryingly Bleak Deaths of the 80s #6 – Creepshow 2