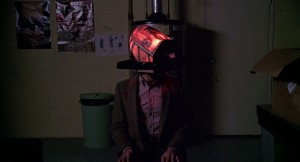 Videodrome is the latest cult classic to receive the deluxe treatment from Arrow and this limited edition represents an essential package for fans of the film, the director and anyone with a love of essential 80s horror.

David Cronenberg’s outlandish and unsettling body horror masterpiece retains all of its controversial appeal over thirty years since it first shocked and confused audiences, and censors, and it’s true to say that they just don’t make them like this anymore.

Starring a young James Woods as Max Renn, the head of a cable TV channel with an eye for controversy.  Knowing that he’ll need to grab the nation’s attention, Max is always on the look out for shocking content (mostly baffling pornography it seems) and when his associate Harlen, a telecommunications expert (and geeky pirate), finds a mysterious signal being beamed out of Malaysia and showing sadistic acts of torture, he looks into the possibility of acquiring the programme, known as Videodrome, for broadcast on his own channel (ridiculously assuming that what he is seeing has been faked for the cameras).

While tracking down the mysterious signal, Max becomes involved with Nicki Brand (played by Debbie Harry), a radio host with a severe masochistic streak and after watching Videodrome together, she becomes intent on participating in the show (because she is beyond mental). 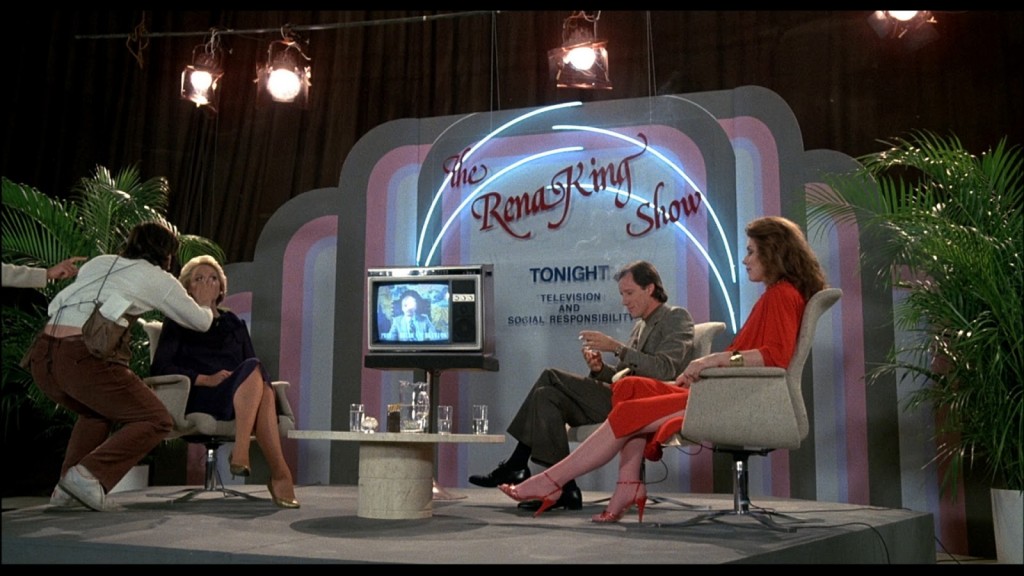 What follows is a twisting, turning look into the true nature of what Videodrome is and how the broadcast physically alters the brain of anyone watching it, putting Max Renn through a series of hallucinations and physical transformations.  It is these changes in Max that allow Cronenberg’s vision to manifest on the screen thanks to an assortment of grotesque and creative physical effects.

The slow, creeping introduction of these elements gives the film a dream-like (well, nightmare-like) quality which is contrasted brilliantly by Woods’ sharp performance as he gives just the right amount of intensity to the movie.  Instead of the usual jump scares, Cronenberg’s skillfully crafted descent into the horrific reality of Videodrome leaves a much longer lasting feeling of dread in the viewer. 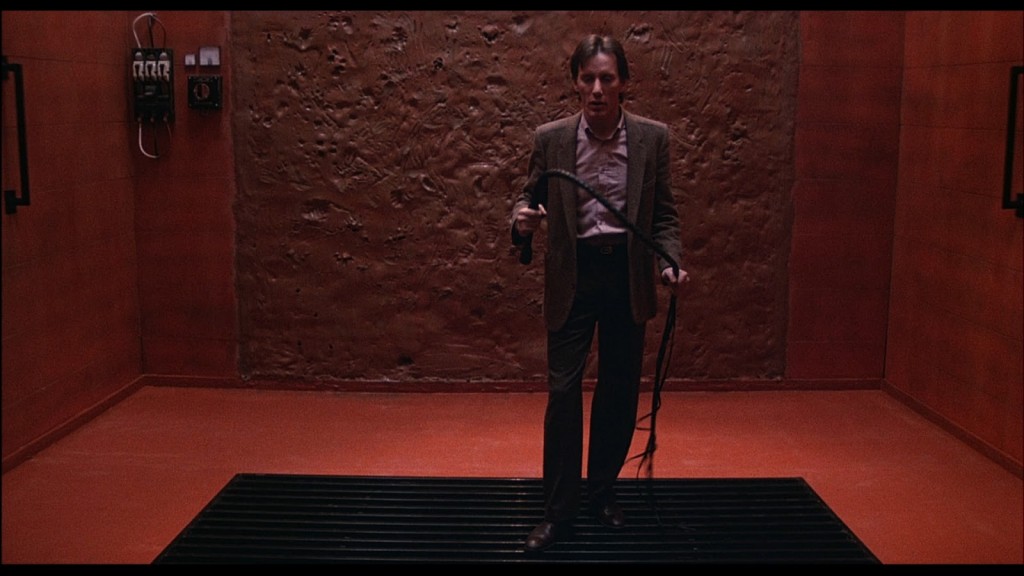 Videodrome is the sort of film you need to watch rather than read about given that it is so very different to anything else you’ve seen before.  While the movie plays with reality, so often a recipe for making a batshit, baffling script, it is handled with enough class here that the film remains easy enough to follow, allowing your attention enough space to absorb the killer practical effects that are a staple of Cronenberg’s best works.

This package comes with two discs.  The second disc features four early Cronenberg works Transfer (1966), From the Drain (1967), Stereo (1969) and Crimes of the Future (1970) and these are newly restored and will be essential for fans of the man’s work.

The main disc though is where all the goodies are to be found.  Aside from the fantastically-presented main feature (which includes an audio commentary by Cinefanastique Magazine’s Tim Lucas) there are also a host of excellent extras. 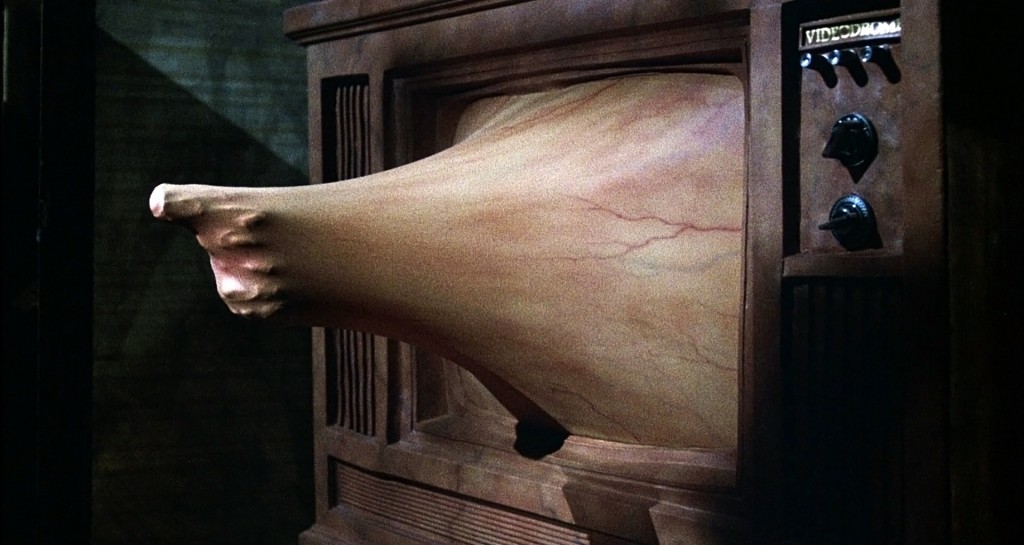 Interviews with Mark Irwin (cinematographer) and Pierre David (producer) cast a new light on how Videodrome came to be made as does the documentary ‘Forging the New Flesh’ which concentrates on the extensive and striking practical effects the movie boasts.

Along with featurettes and another Cronenberg short (Camera from 2000 which stars Videodrome’s Les Carlson), there is also a brilliant promotional featurette from 1982 which features James Woods, Debbie Harry and David Cronenberg giving interviews from the set of the film.  Debbie sounds like she maybe could have used an extra decade at school but James Woods gives some fascinating and articulate insights on what it was like to work on Videodrome. 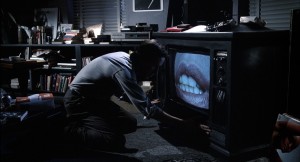 Perhaps the best feature is ‘Fear on Film’ which is a discussion with Cronenberg, John Carpenter and John Landis and serves not only as a fascinating look at the challenges of bringing their films to life but also a real snapshot in time as they discuss their current projects (Cronenberg on Videodrome, Carpenter on The Thing and Landis discussing his recently-completed An American Werewolf in London).  When Landis talks about reading the screenplay for The Thing and says how much he is looking forward to seeing it, you can’t help but feel like you are watching history unfolding.

Overall, this is a fittingly complete and well-considered collection that presents an important, powerful classic in as complete a way as possible.  The film itself may be a little too dark and ‘out there’ for some and it certainly had scenes that made me uncomfortable (usually anything shown on a TV screen in the film) but if you want to see Cronenberg, and James Woods, at the peak of their powers, this is the way to do it.

Ten reasons why Tango and Cash is the best buddy cop movie ever made. Deadly Friend (1986)