To fulfil our remit of a proper ‘Hey It’s That Guy!’ the actor needs to have been: 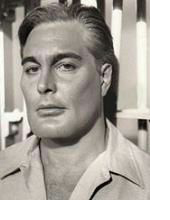 Robert Zdarsky; who goes by the name Robert Z’dar for some reason; fulfils all these criteria. Unfortunately on the third point, this seems to have been his focus, quantity over quality. To the extent that you’re unlikely to have seen (m)any of the films in his ouevre. You’ll know him from Stallone/Russell vehicle Tango and Cash, perhaps all three Maniac Cops  (the first two featuring Bruce Campbell). At a stretch you’ll have seen him in Beastmaster 2 or bizarre Melanie Griffith film Cherry 2000 (a VHS rental special there). Maybe even Soultaker and Future War due to MST3K.

But have you seen nor even heard of any of these? Samurai Cop. A Gnome Named Gnorm. American Chinatown? No, not us either.

Robert’s a big guy in both presence and by way of his distinctive profile. Even down to his casting in one film, Tyrone, as a character named Assface. That’s the thing, the older he’s got, the more his cherubism manifests. As you can see below. 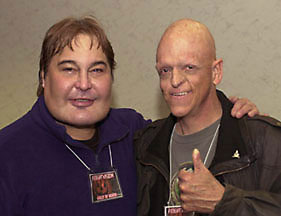 Robert at the end of his career with the scary guy from The Hills Have Eyes.

Actor, athlete, former Chippendale and, most importantly, the most manic of cops.  Rest easy, big man.