It’s been a while since we’ve posted anything but we’ve just finally gotten around to watching V/H/S which is probably one of the best known modern horror anthologies.  We did attempt it some three or four years ago but didn’t like the look of it but we’ve just had a lazy film Sunday and we fancy waking up from our ancient slumber.

The film is very much in the classic portmanteau format with five segments and one wraparound story.  It does clock in at an uncomfortably long two hours though and each story is given quite a lot of time to get going and each part is executed in a found footage style on videotapes, which is a given considering the film’s title. 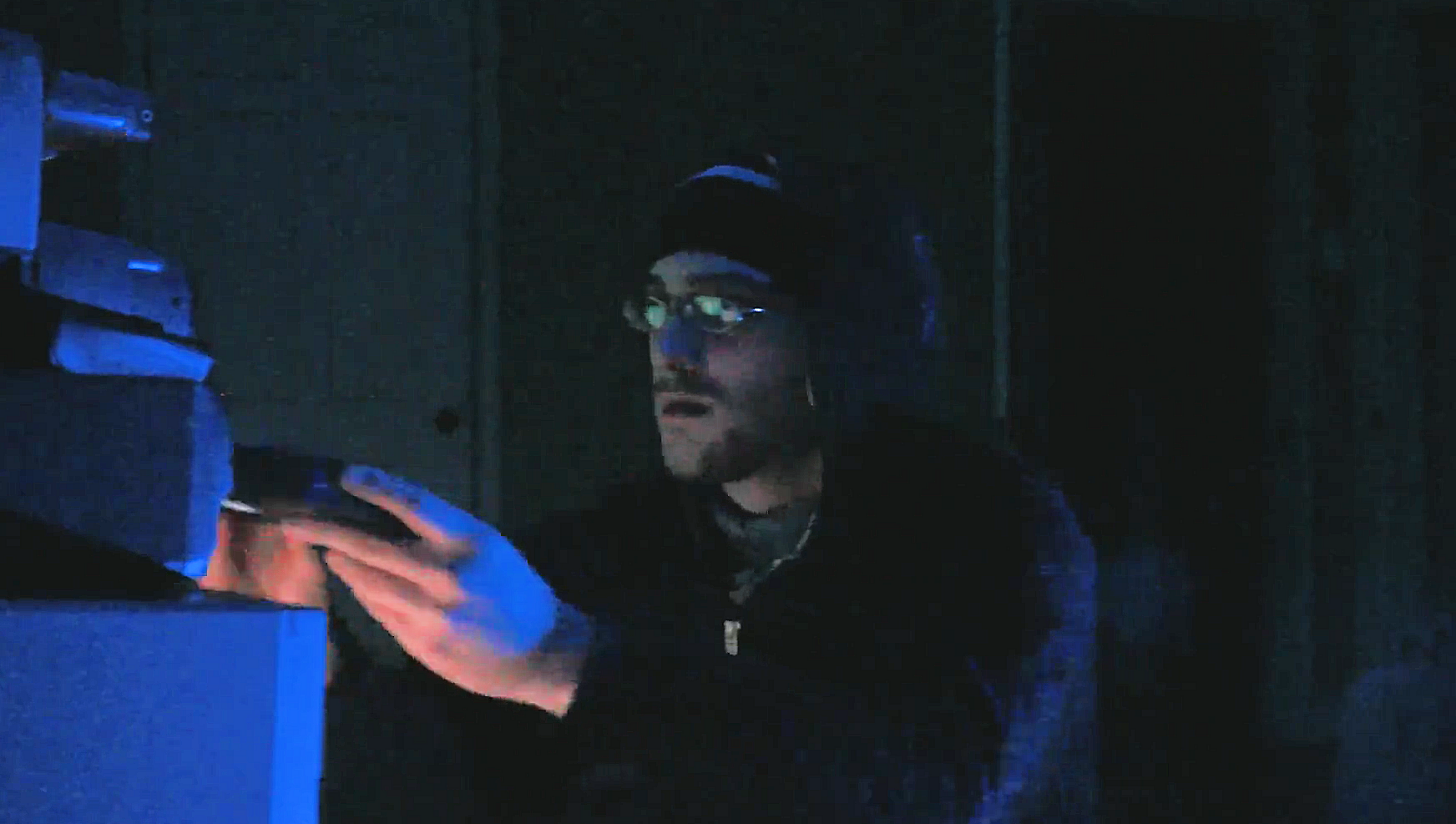 The main linking story (Tape 56) follows a group of wankers who like to cause havoc and misery while committing their crimes to video and then uploading them.  After a brief, unpleasant ‘getting to know you’ sequence, the men are hired by a fan to rob the house of an old man in order to recover a VHS tape.  However when they get there they find the house’s only resident dead and there’s a stack of tapes in his basement.

They don’t know which tape is the their target any more than I know why they’d record their crime on video, but hey, suspension of disbelief.  They’ve been told they’ll know which tape is the one as soon as they see and so they start watching the tapes which sets up the structure for the rest of the film, with each tape represented by a segment of this particular portmanteau.

Continuing the film’s main theme (men being twats), this story focuses on three men who go out on town with the aim of seducing some young ladies and recording any sexual encounters on a hidden camera in one of the mens’ glasses.

This story seems as though it’ll play out as planned with the whole thing feeling uncomfortably rapey, especially when the three men take two girls back to a hotel room and one of them passes out.

The other girl, a slightly weird, intense looking lady seems to be willing to participate in their plans but it turns out she’d rather feed on them thanks to her being something of a predator herself.

This story does a good job of keeping you scared and engaged, despite the fact that you’re happy for all the men to die peasants’ deaths, and the last part of the story is very well executed and it ends up making this story the pick of the bunch. 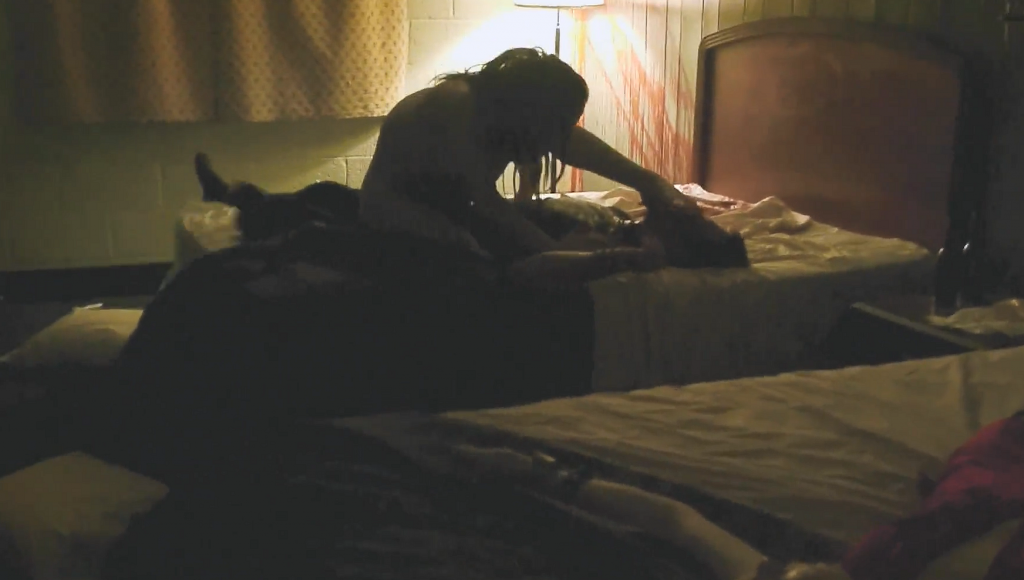 This story is the only one that doesn’t have a supernatural bent to it and is instead more of a stalky kind of affair.  It tells the tale of a young couple on holiday who are visiting a canyon somewhere and filming the whole thing on camera.  However, things get a little weird when a girl knocks on their hotel door and asks them for a lift in the morning, something that they don’t really want to do.

As they continue on their holiday, we get to see their camera’s footage as an unknown intruder visits them at night when they are asleep, robbing them and generally being a bit creepy.

This story’s climax is pretty shocking and pays off really well.  If anything it is only let down by the poor quality footage and some slightly amateurish acting but the story is strong enough, if a little drawn out. 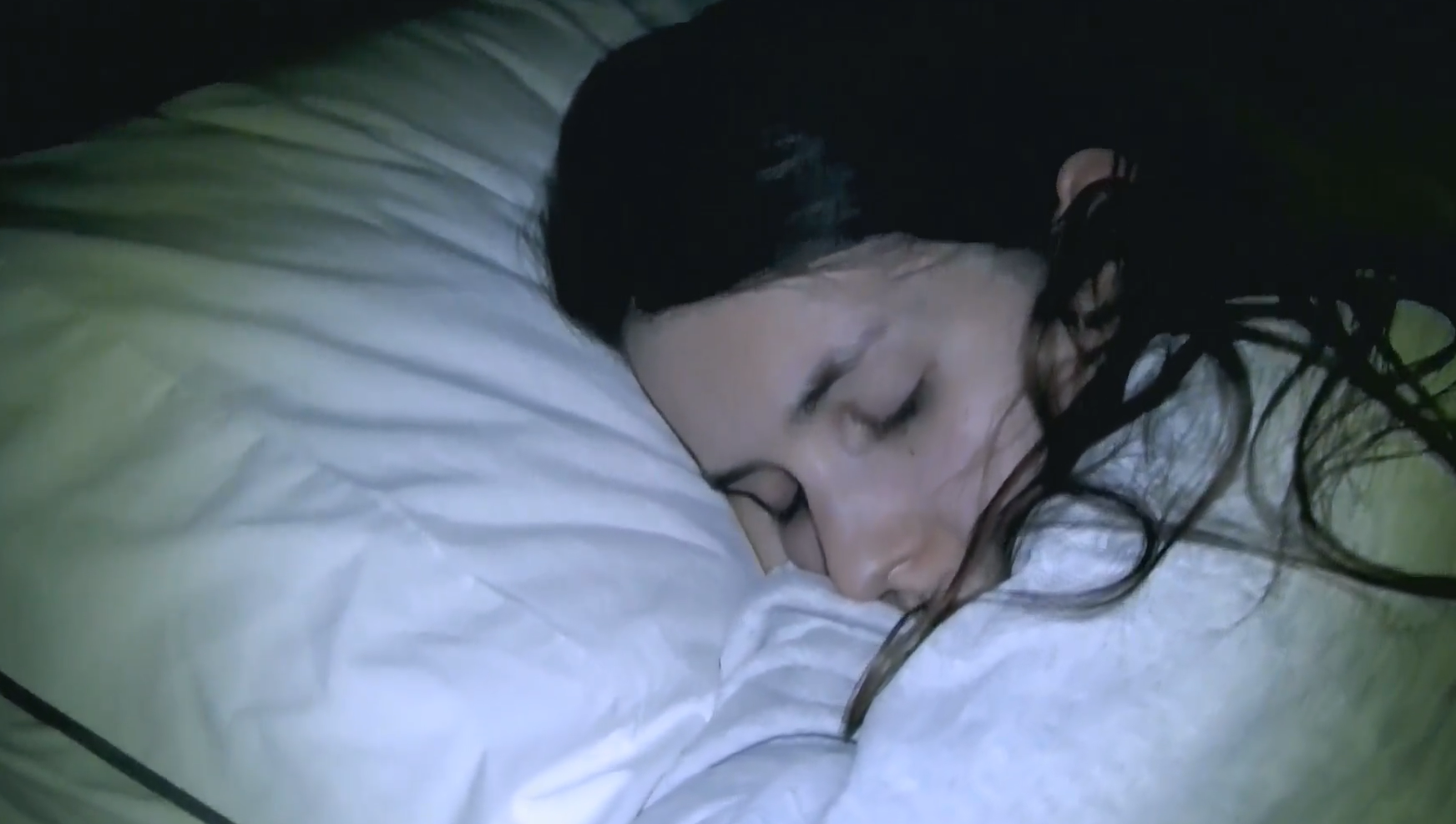 Set up with the standard ‘cabin in the woods’ trope, this story focuses on four young adults who go on a trip, organised by Wendy who goes on to say some pretty weird stuff including ‘you’re all going to die up here’ when there’s still plenty of time for them to kick her out of the car and drive home.  But idiots are going to idiot, especially in this type of horror story and so instead they do the usual dope smoking, lake diving antics while waiting for their inevitable deaths.

The spooky twist on this tale is that Wendy has been to this location before and seen her previous group of friends butchered by some unseen force and rather than just taking in the sights, she wants to use them as bait in order to prove that she’s not crazy.

Which of course is a pretty crazy thing to do and things go predictably terrible for the group.  But it does lead to some decent scares, even if the horror is a little too reliant on camera effects. 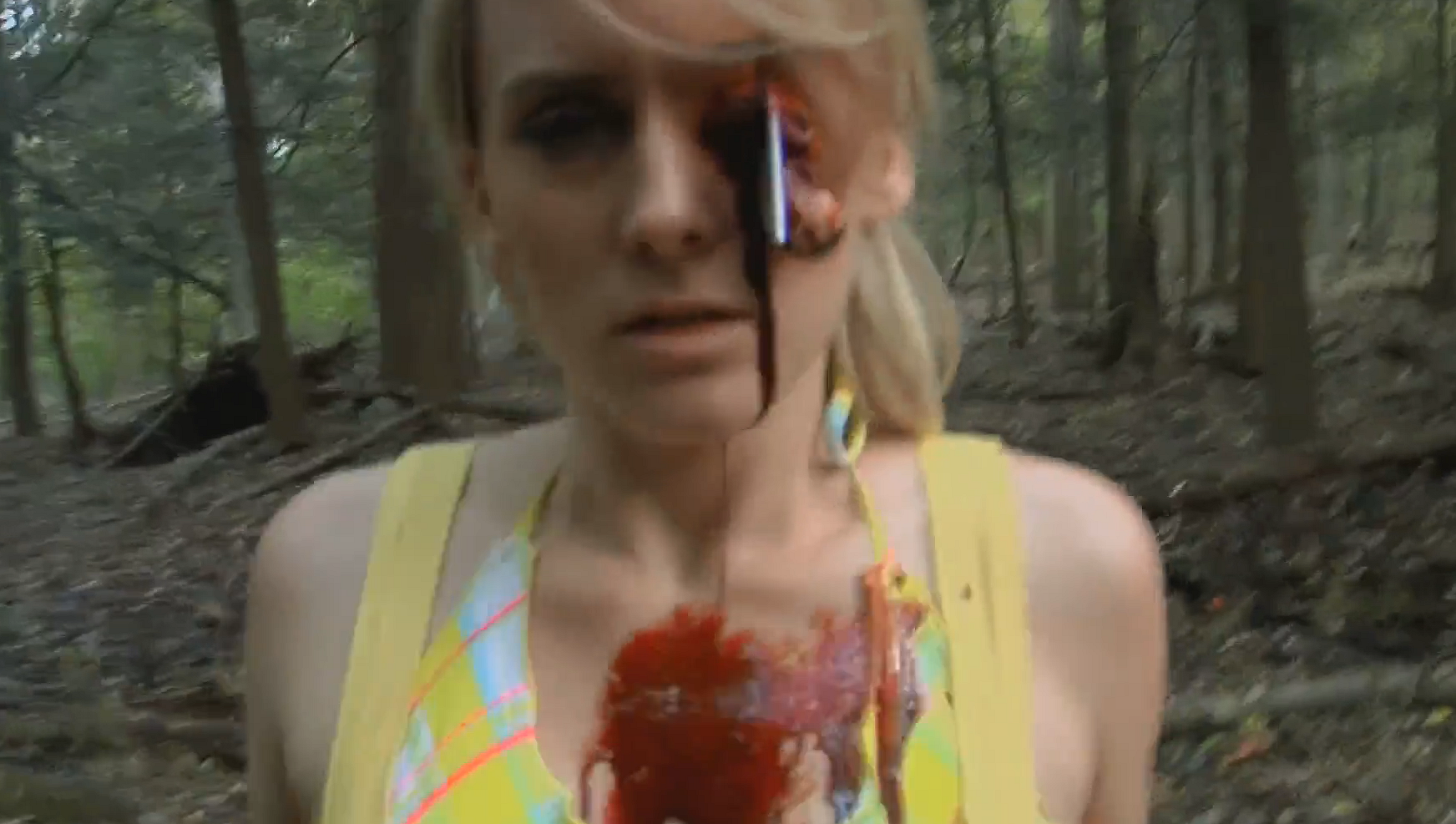 The Sick Thing That Happened To Emily When She Was Younger

Played out on titular character Emily’s PC screen, this story focuses on a series of video chats between Emily and her trainee doctor boyfriend James.  At first she’s asking him about a lump on her arm that has been bothering her but the focus of the story soon changes as it becomes apparent that her apartment is haunted.

What follows are a series of a chats where she encounters the hidden entity in her apartment while James is online watching and while the story’s plot could easily be circumvented by her MOVING THE FUCK OUT OF THERE THE FIRST FUCKING CHANCE SHE GETS, the story continues to move between jump scares before hitting a fairly unexpected conclusion.

This is maybe the weakest of the stories on offer but is still good for a few scares and a general feeling of dread if that’s what you’re after. 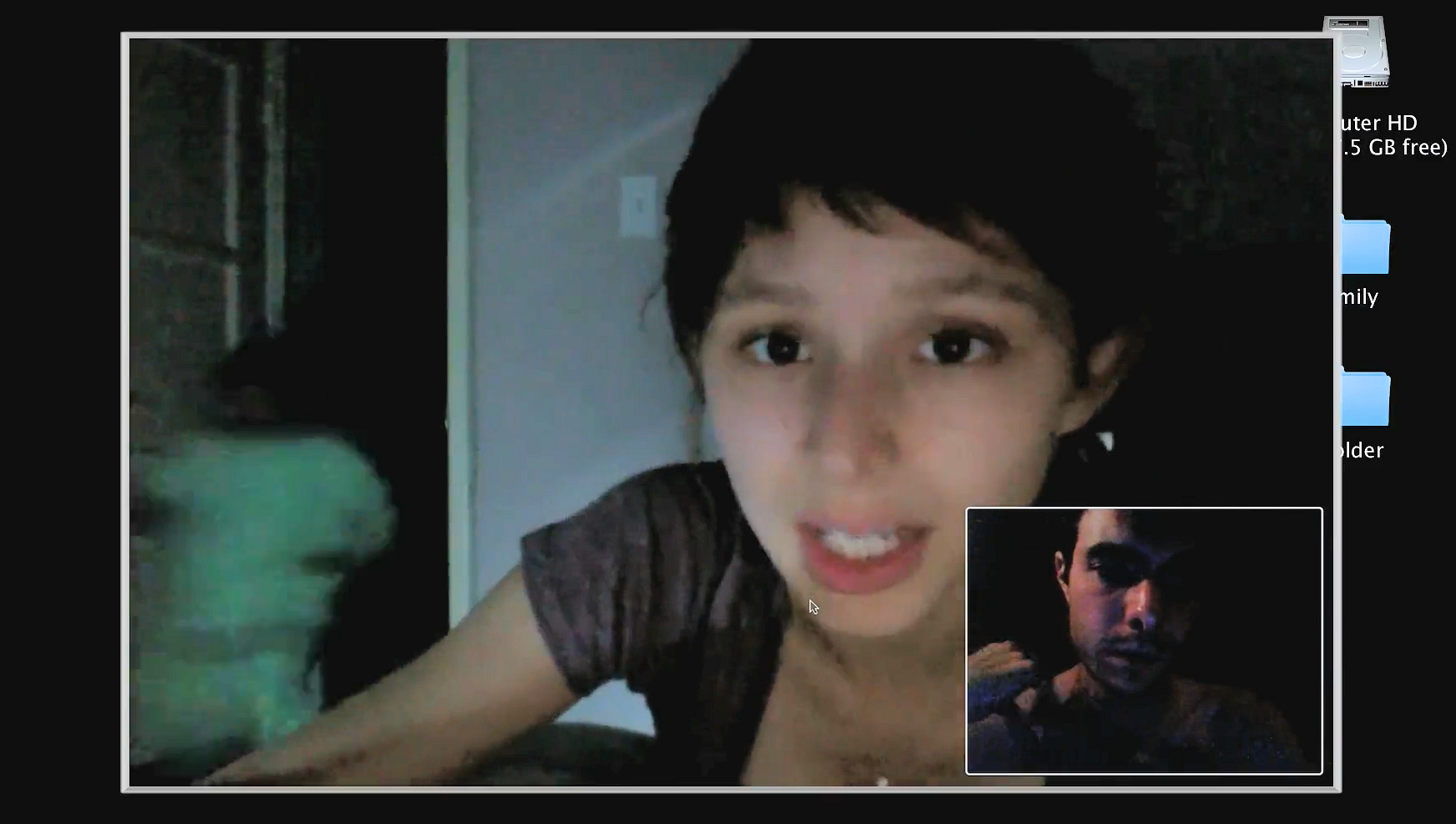 V/H/S’ final segment tells the story of four men who go to a Halloween party but somehow end up in the wrong house and inadvertently interrupt an exorcism.  All hell breaks loose and the film descends into a bit of a poltergeist horror as the men navigate the house trying to find their way out.

The story’s ending is suitably scary and shocking though and wraps up what has been an above average collection of horror tales that have enough of a wide focus to bring a few different styles of horror to the table, albeit all presented in a lo-fi style. 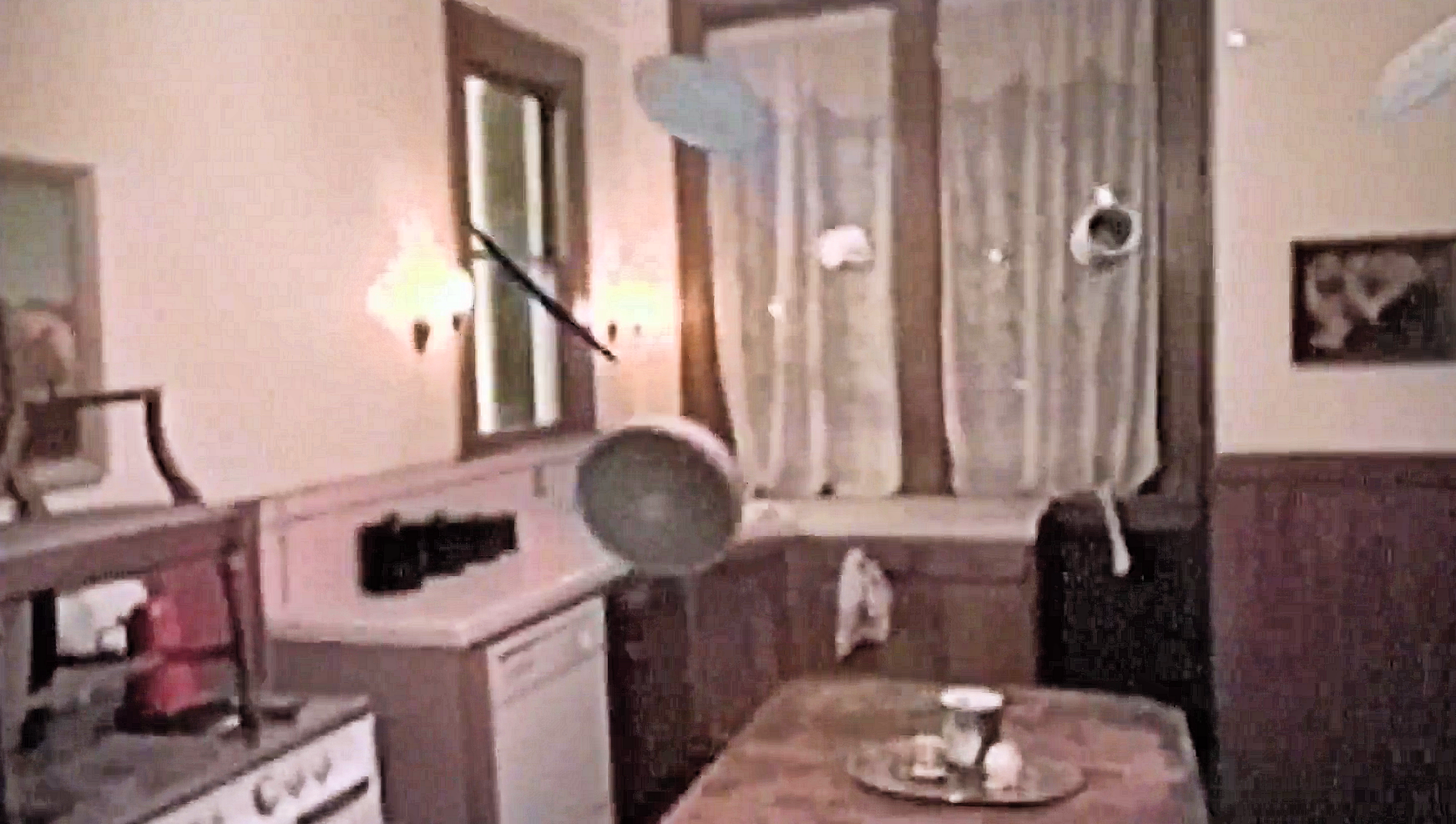 The film’s linking story is revisited between each tale and helps knit things together although it is debatable whether or not the stories have any other kind of thematic links.  Also, the linking story never really explains why the men were sent to the house and never answers the question about the tape they are looking for.

That said, this is a good portmanteau film and one that just about lives up to its reputation as the film that really set the tone for what a modern horror anthology should be about and we’re looking forward to checking out the sequels.