Cradle of Fear is a 2001 UK horror anthology that features four tales and one wraparound story and it will certainly polarise audiences.  Most people will struggle to get past the dreadful acting and the ‘oh look how shocking we are’ teenage death metal fan pandering cheap shocks.

Fans of the film, presumably anyone who thinks that pint-sized black metal singer Daniel Filth (from UK vampiric ponce band Cradle of Filth) is somehow scary (despite him being a tiny poppet of a man with a girl’s voice), will enjoy the ridiculous levels of gore and the complete lack of a moral compass.

The film opens with Dani Filth’s character ‘The Man’ walking along some shitty street in London.  He walks past two chav types who follow him into an alley and beat him unconscious. 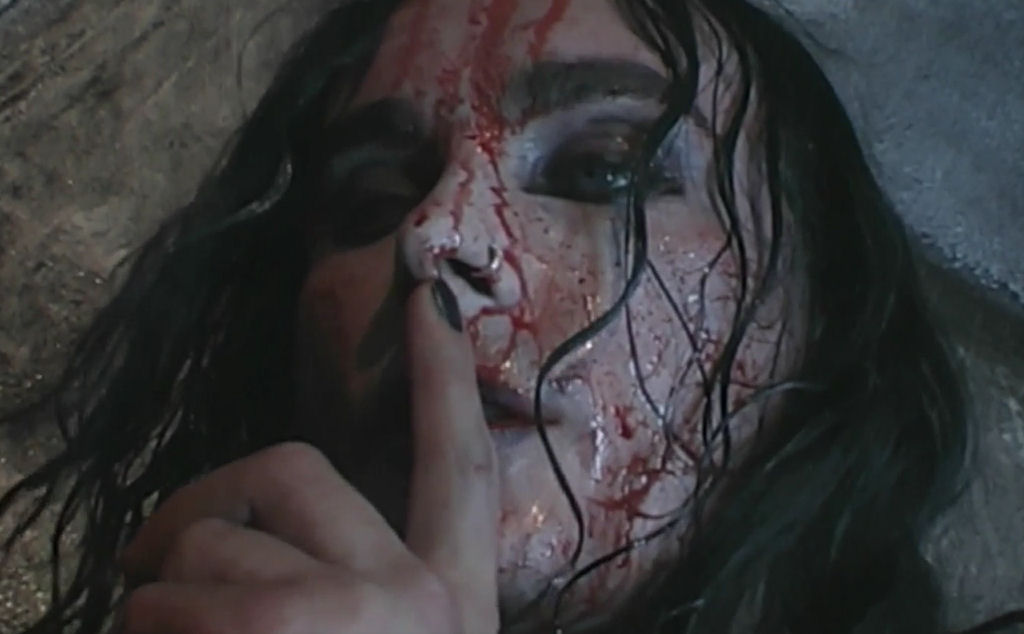 Unfortunately for them, The Man wakes up and kills them both in spectacularly brutal fashion, ripping out one’s throat and then opening up the other’s skull.  It’s quite effective and also gloriously silly.  However, and this goes for the whole film, you get a sense that the filmmakers are proud of how far they push the limits rather than it being tongue in cheek in any way.

With The Man introduced, the story goes to the first proper segment.  Inspector Peter Neilson is at a bloody crime scene.  For reasons that can only be explained as the film trying to be edgey, he grabs the breast of a dead woman and then the story goes back to explain how she ended up dead. 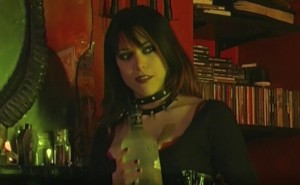 Emily drinking away the pain of being in this film.

The woman is Melissa (played by Emily Booth, in what can only be described as the least dignified role a woman has ever had) and her and her friend Nikki are at a metal club listening to what I presume is Cradle of Filth being blasted out to a bunch of ridiculous looking goth types.

The Man is stood there watching her and eventually they hook up, going back to her place where he turns into some sort of weird vampire demon thing.  Poor old Emily spends much of the time naked and struggles with the piss-poor writing.

The next morning it turns out she’s actually alive, and a bit pissed off, and she goes out.  However, as she walks through the streets of London (filmed in the most depressing way possible and making the city look like a shithole), she keeps seeing demonic faces on certain people.  Eventually she interacts with a few of them and they drop the usual hints that she’s important now, foreshadowing the fact that she’s about to drop some sort of demon baby.

Anyway, she goes back to Nikki’s house, knocks back a sleeping tablet and goes to bed.  Well actually she falls asleep on the couch but wakes up in bed but whatever.  After some predictable stomach cramps and a few Alien-esque stomach bulges, she wakes up Nikki and asks her to feel her stomach.

After a little while, Nikki goes to slip her fingers into Melissa’s knickers (because: edgey) and loses them when a claw comes out of Melissa’s stomach.  Melissa then stabs herself repeatedly in the stomach before the worst tiny creature puppet ever made climbs out and bites Nikki in the face.  Sigh. 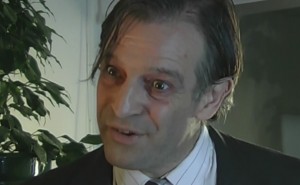 The film then goes back to the linking story.  Neilson is at the police station and moaning about the lack of progress with the four murders so far.  After describing the police computer system as “a load of wank” (because: edgey), he then compares the current murders to an old case he once solved.

He tells the story of Kemper, a serial murderer/rapist.  The sheer depravity of the tale which is mercifully only told to us and not shown in anyway is the product of an entirely fucked imagination.  Alex Chandon (the writer/director) must think it’s big and clever but it’s just shit. 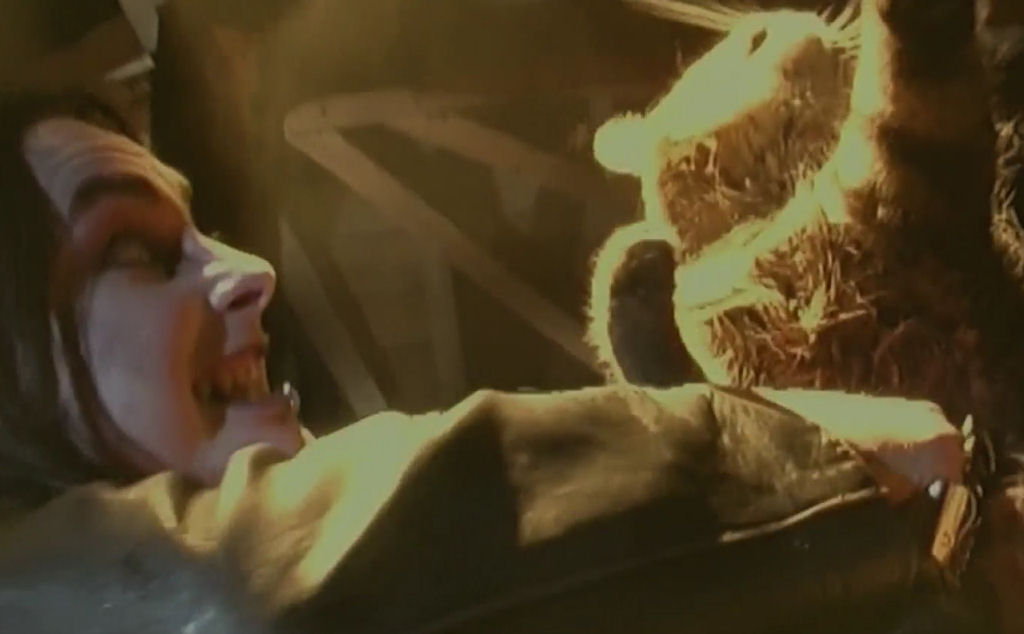 Anyway, onto the second story.  Sophie and Emma are a couple of women who want to rob some old bloke of his savings.  He surprises them (because they don’t check his bed… at night.. for some fucking reason) and they end up killing him, which takes quite a few goes because despite being old and frail, he’s incredibly durable for some reason.

They then have a bath AT THE CRIME SCENE together (because: edgey) and Emma lets it slip that her sister knows they are there, making Emma a loose end.  Sophie kills her, leaves her there, dumps her clothes in a skip and goes home.

While having a celebratory drink in her kitchen, she fails to notice the undead Emma who attacks her and chases her into another room where the also undead old man is waiting.  He yells something at her (literally none of his words are audible because of some shitty echo effect) and holds her while Emma drives a broken bottle into her eye.

The story ends with blood running down her face as the camera pans down to show blood running into her cleavage (because: edgey).

Back to the linking story.  Neilson realises that the victims are related to the Kemper case.

The third story is about Nick, a man who lost his leg in an accident.  He’s with his girlfriend having sex.  She’s licking his stump (because: edgey) but he’s not able to perform because his lack of leg is getting to him.  He asks the world’s least convincing doctor to transplant a leg on.  The doctor says he can… if he had a leg.

Nick then visits an old acquaintance, shoots him, cuts off his leg, puts it in a suitcase full of ice and goes back to the doctor and tells him, at gunpoint, to transplant it on.  Which, of course, makes no fucking sense. 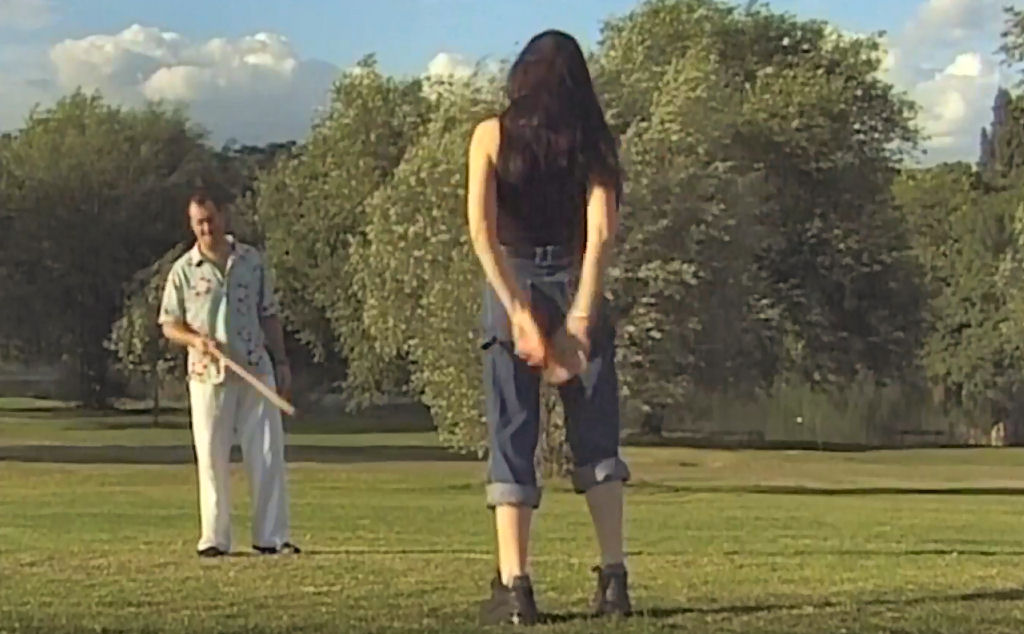 Anyway, the doctor does it.  Nick gets a new leg and does all the rehab and physio work and is getting on with his life until one night when he takes his girlfriend out.  As he’s driving, the leg goes out of control (in comically stupid fashion) and he crashes his car (the CGI during this is literally the worst thing you’ve ever seen).

With his girlfriend dead and his leg going a bit crazy, Nick stabs himself in the head while The Man shows up and kills two policemen, for shits and giggles.

We cut to Neilson and his police chums searching Kemper’s cell.  They find a list of names written by Kemper.  The list contains all the people he blames for his incarceration, their relatives and Neilson himself. 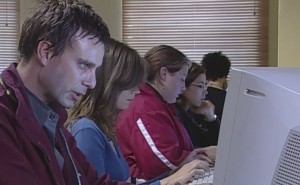 What Richard Bacon looked like when he was still doing coke.

The fourth and final story begins and features Richard (played by some jobbing Eastenders/The Bill actor) who works for a firm that monitors the internet.  It’s his job to report any dodgy websites but it turns out he’s a freak and when he finds The Sick Room, a website that lets you order specific attacks on trapped victims, he gets a bit addicted.

However, the URL for The Sick Room is constantly being changed and as his obsession with finding it grows, he loses his house and job.  He eventually sends out a message asking for the new link and the reply leads him to a house, and the world’s most obvious trap.

Predictably he finds himself on the set of The Sick Room and is killed under orders of The Man.

The film’s finale takes place at the institution where Kemper is being held.  Neilson confronts him in his cell and shoots him several times before The Man, who is revealed to be Neilson’s son, turns up and kills everybody. 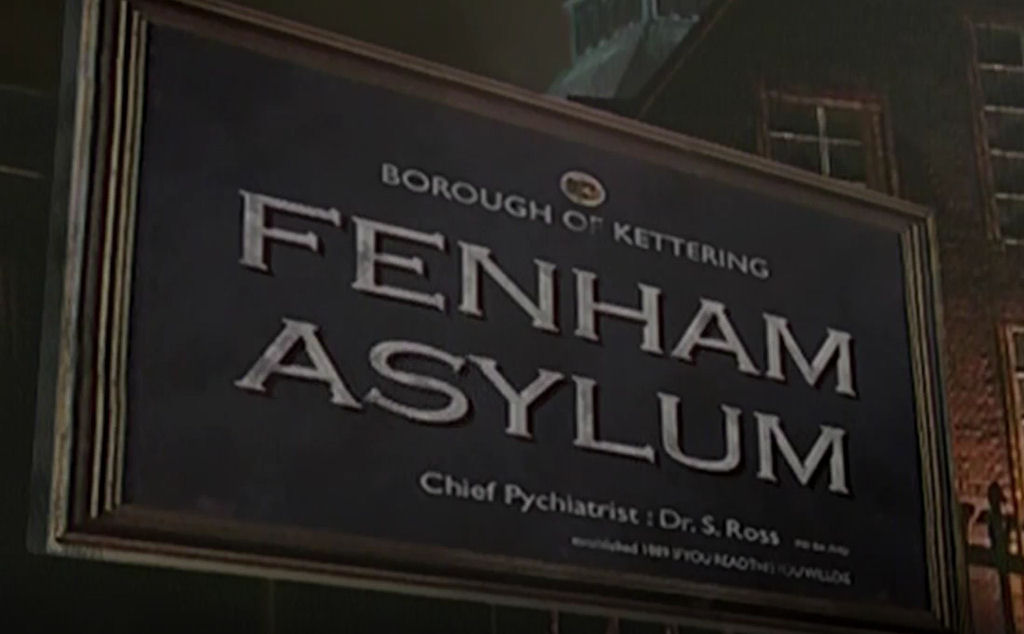 Neilson manages to shoot the top half of The Man’s head clean off though and finally executes Kemper.  Of course, there was never a chance that this would end happily and The Man, sans the top of his head, gets back up, claws sprout from his open skull and he kills Neilson off-screen as we see the sign for the asylum (with Psychiatrist spelled incorrectly on it) and flashes of gunfire in the windows.

And there you have it.  Cradle of Fear is a stupid film but isn’t the worst portmanteau we’ve reviewed.  The linking story makes the whole thing a lot more cohesive than most anthology flicks and the practical effects are sometimes well done (the final headshot on Dani Filth is particularly effective).

However, the film revels a bit too much in being creepy, voyeuristic and just unpleasant.  The actors are all fucking dreadful, the dialogue cringeworthy and the whole thing tries too hard.  From the jarring switches between black metal and drum and bass to the pathological need to demean its actresses with unnecessary nudity, the entire film lacks any kind of charm.

The story makes very little sense too.  Overall it does, but the details just needed one sensible person to say ‘hang on…’ and explain why the whole thing is so rubbish.  But we did enjoy the practical effects and the story could have worked if they toned it down a little, and had a budget of more than 50p.

Also, Emily Booth’s next project should have been a real-life remake of this but with her killing her agent.

One thought on “Portmanteau-a-go-go #25 – Cradle of Fear”