Now we’re talking. This 1983 portmanteau treat, Nightmares is a classic example of the genre. Four short stories that vary in content, ambition and, of course, quality and featuring loads of actors who went on to have just as varied careers. It’s complete nonsense! Just how we like them…

First up is ‘Terror in Topanga’ which isn’t too different to the opening segment of our previous portmanteau, again this tells the story of a psychopath terrorising a woman in a small town at night at a gas station (sort of) and is pretty much the classic urban myth horror story. It’s not too bad and the acting isn’t completely dreadful so it’s already up on Body Bags.

Then Nightmares mixes it up completely with ‘The Bishop of Battle’ which sees a young Emilio Estevez showing off his young punk chops, pre-Repo Man, as J.J. a punk rock loving, extremely skilled gamer. Channeling his inner Billy Mitchell, J.J. is determined to be the first person to finish The Bishop of Battle, a coin-op game in his local arcade. His obsession creates most of the drama in this story but it’s the Tron-esque final battle that punctuates the story quite brilliantly. 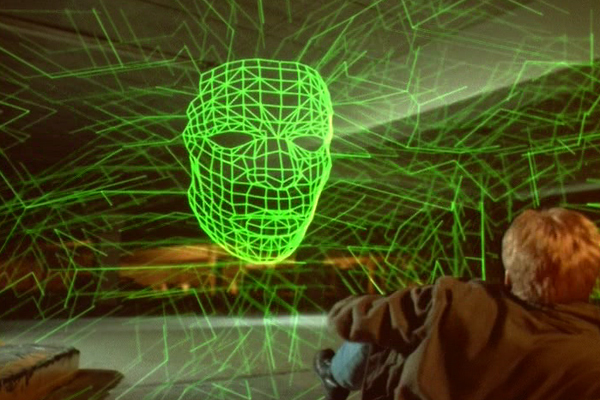 Arguably the best segment is ‘The Benediction’ which sees a faithless, retired priest being tormented by an evil, driver-less car along the dusty backroads of America. The story echoes Spielberg’s magnificent TV-movie Duel to some extent but is practically a remake of one of my favourite ’70s horror films The Car.

Lance Henriksen is, of course, splendid in the lead role and the story has enough tension to make this the most memorable part of the movie. 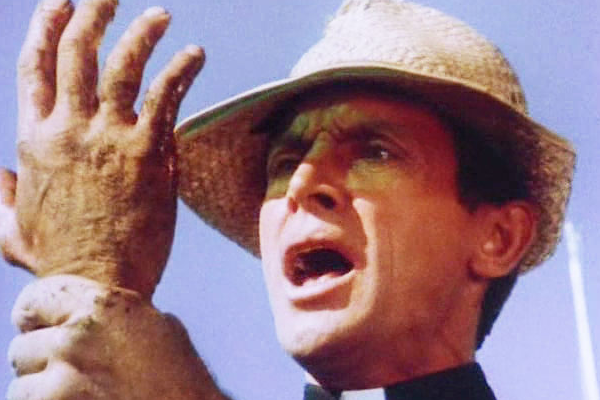 Bishop’s first attempts at the knife game weren’t too successful.

Last up is the mostly dreadful ‘Night of the Rat’ which sees Alien’s tearful miserablist, Veronica Cartwright, and hubby being terrorised by a giant rat (played unconvincingly by a normal-sized rat). It’s literally complete ratshit but does set a trend for awful endings in portmanteaus that we’ll explore next time. 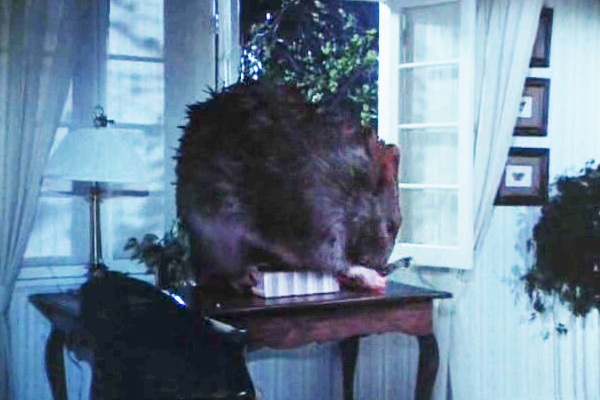 Overall though, Emilio and Lance get the best segments and make Nightmares enjoyable as a whole. You ought to get onto this immediately (if you can find it!).

One thought on “Portmanteau-a-go-go #2 – Nightmares”