So, we watch a lot of portmanteau/horror anthology films. I mean A LOT of them. The Horror Network caught our attention and as you can’t stream it anywhere I decided to pick up the DVD. I checked the user reviews on IMDB. Three 10s. Oh my. Don’t trust anyone on IMDB. Ever again.

*SPOILERS FOR A TERRIBLE FILM*

This is a five part horror anthology with no linking story. That’s a bit of a black mark against any portmanteau because it means really it’s just a collection of horror shorts. Apparently these horror shorts were selected from a pool of around 200 and so all feature different writers and directors with no particular theme running through the film as a whole. So, all we can do is break it down story by story.

This story, set in England, features a lady being tormented by late night phone calls that always occur at 3am. She explains this to her friend on the phone, mentions something or other about toys being delivered to her house and goes to bed. On this night she wakes up just before 3am. She hears a noise in the house and things go downhill from there. She hears her shower going but when she pulls the shower curtain back, it isn’t running. Things like that.

She then notices a jack in the box toy which she slooooowly winds up for four loops of the music before the inevitable jump and phones her friend (just before 3am) to ask her why she delivered that toy. She didn’t apparently. No one cares. The whole thing eventually culminating in a cheap jump scare. This part has no value. The acting is poor, the story has no weight and when the scare finally hits, we go straight into the opening credits of the film.

The problem here is that it is so unskillfully made. The acting is average, the pacing slow (deliberately as it is trying to create tension) and the scares are cheap because the sound is so distorted at any kind of volume that it just sounds like the film is shouting at you when anything sudden happens. It’s like setting off a firework in someone’s face and then laughing because they jumped. Shitty jump horror where the only real terror comes from realising you’ve got another four fucking stories to get through. Shite. 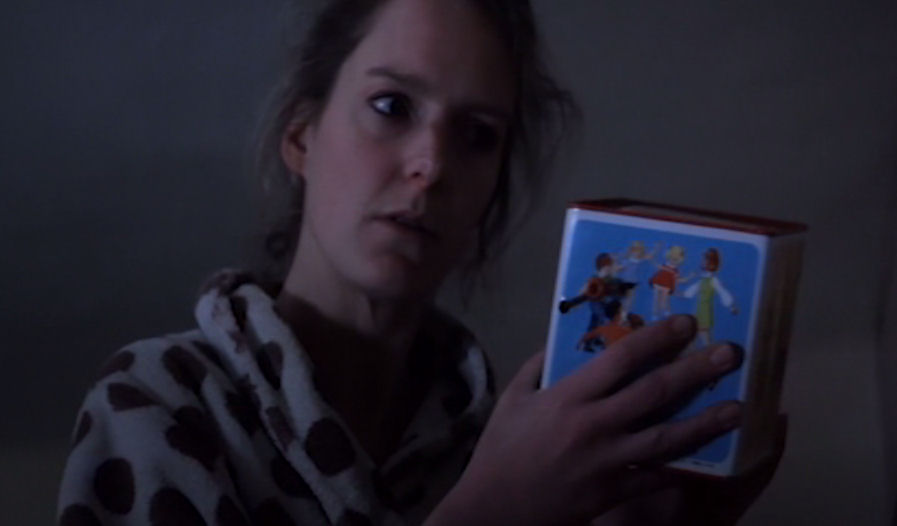 Set in a therapist’s office. What we get here is what seems like hours of boring dialogue between two inept actors. Edward (the client) is generally obnoxious and spends much of the session talking about nothing of note before explaining how his friend got killed and how he’s afraid to sleep because he sleepwalks.

You can probably guess what that means and the obvious conclusion is reached but at the end of the story we realise he is possessed. Or something. By then you’re too bored to care. Again, poor acting and especially poor pacing absolutely destroy this story.  It also leaves a bit of a sour taste behind when the possession is passed to the therapist who goes home and then opens his kid’s door implying that something bad is going to happen.  Whatever, film.  Whatever. 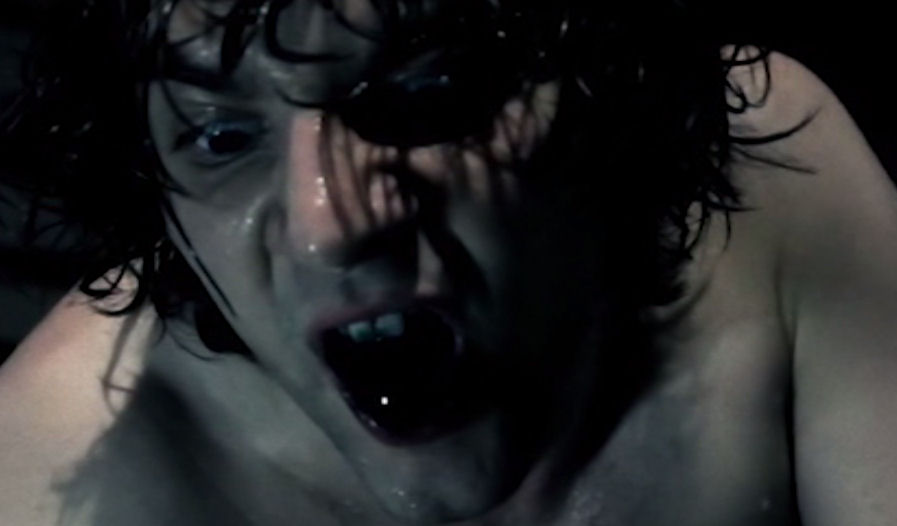 This story has some potential. A deaf girl ends up lost in the woods when she disembarks off a bus in literally the most ridiculously remote location ever.  It should all make for some potential Blair Witch tension. However, the cheap way she makes herself vulnerable (losing her phone and then her hearing aid) while being chased makes it all a bit silly. Especially when she hides in a pipe for some stupid reason.

The outcome of this story can be taken a couple of ways.  The man chasing her appears to be a threat but in reality he’s been sent by her mum to pick her up (although it could be argued that he is actually chasing her to bum her face or something).  Either way she ends up braining herself on a rock because she’s the shittest, most hapless girl ever but it doesn’t matter as the cheap jump scare at the end removes what little credibility the story ever had anyway. 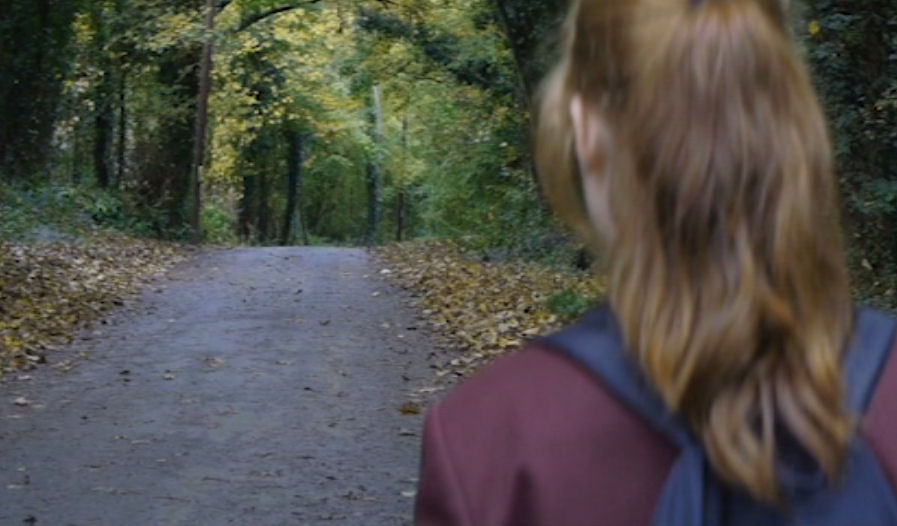 This Spanish-spoken tale features a mother and daughter who are struggling to cope with the aftermath of the horrific abuse they have suffered.  The wife’s husband is a total piece of shit and ends up flipping the fuck out when he can’t find his shaving foam or something.

The story takes great pleasure in demeaning the mother in particular as she lies in an empty bath, naked, remembering the horrifying attack she lived through when her husband slashed her face and raped her while her daughter watched.

It can’t fuck off far enough for my liking but this section does have one of the only moments of effective film-making when it plays out the events with some demonic looking scary figures.  I’m not sure what it means but it’s up there with the most mid-level of heavy metal videos.

This story seems popular with the reviewers who are clearly the worst kind of latent sex offenders. 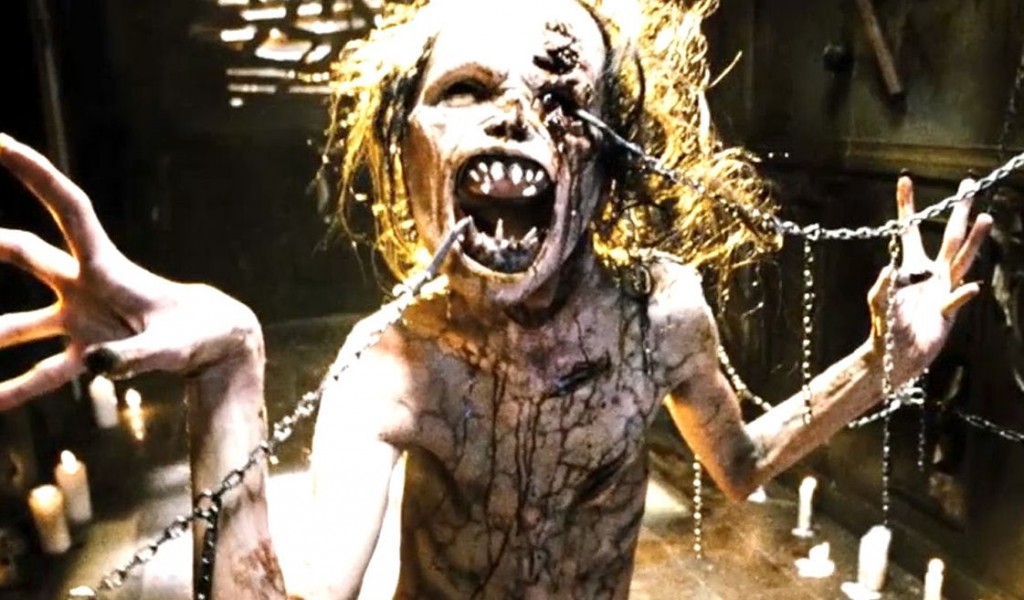 This story is laughably poor in its presentation. It is presented as a silent piece because the spoken version (an extra on the DVD) has such bad acting that it literally seems like a year one film student created it as a personal insult to everyone. On the worst equipment available. It features a weird bloke killing and the raping a man. Before cutting off his head and having sex with it. If that sounds like your sort of thing then perhaps you should stay roughly 500 feet away from the nearest school. 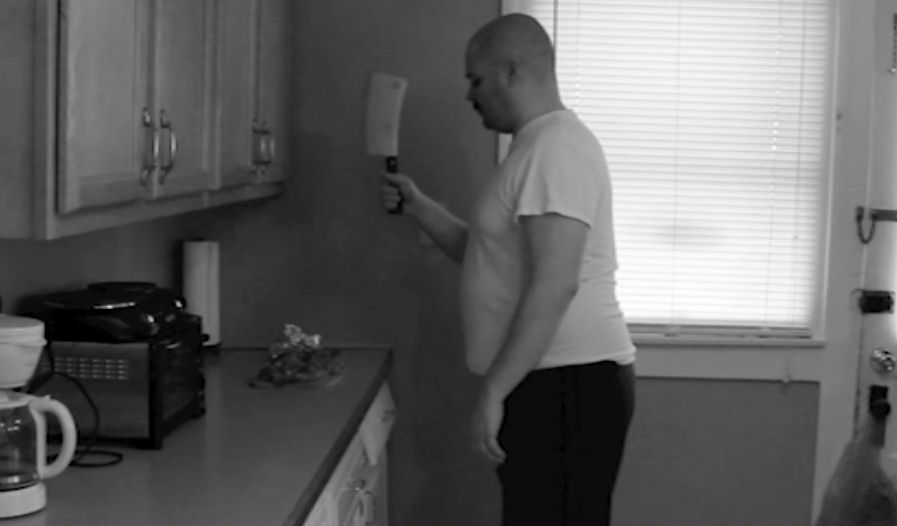 The Horror Network is awful. It tries far too hard to be unpleasant but has no substance beyond that and it is truly one of the worst films I’ve ever seen from a production and acting stand point. It has fans but so does The Human Centipede, A Serbian Movie and the band Simply Red. It just means this world is full of wrong ‘uns.

Seriously, fuck this film.  Right up the bracket.