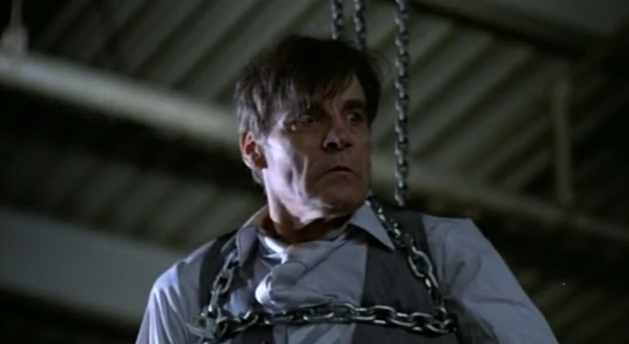 We’re not big fans of the usual Death Wish style revenge thrillers but we have a soft spot for the 1980s Robert Ginty revenge-’em-up The Exterminator, which tells the rather dramatic tale of John Eastland. After his ‘you saved my life, man’ Vietnam buddy Michael is paralysed by a local gang (The Ghetto Ghouls!), he goes on a bit of a kill-crazy rampage.

The film serves up one brutal killing after another but there is one scene that lives long in the memory. After stumbling upon a protection racket, John captures Gino Pontivini, a local mob boss and demands the location of all the money he’s been squeezing out of the local workers. Once he gets that (by dangling him over a meat grinder), and the safe number, he asks if there is anything else he should know. Gino, rather unwisely, doesn’t tell John about his vicious rottweiler.

Boom! And four years before it became Arnie’s trademark.

So, after killing said rottweiler with an electric carving knife (a particularly tough thing to do), John does indeed return to flick the switch on the meat grinder. Tough justice indeed. Especially from a chap who looks a bit like Paul McCartney. 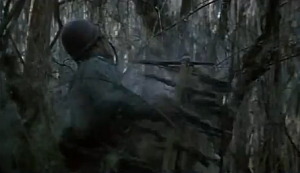 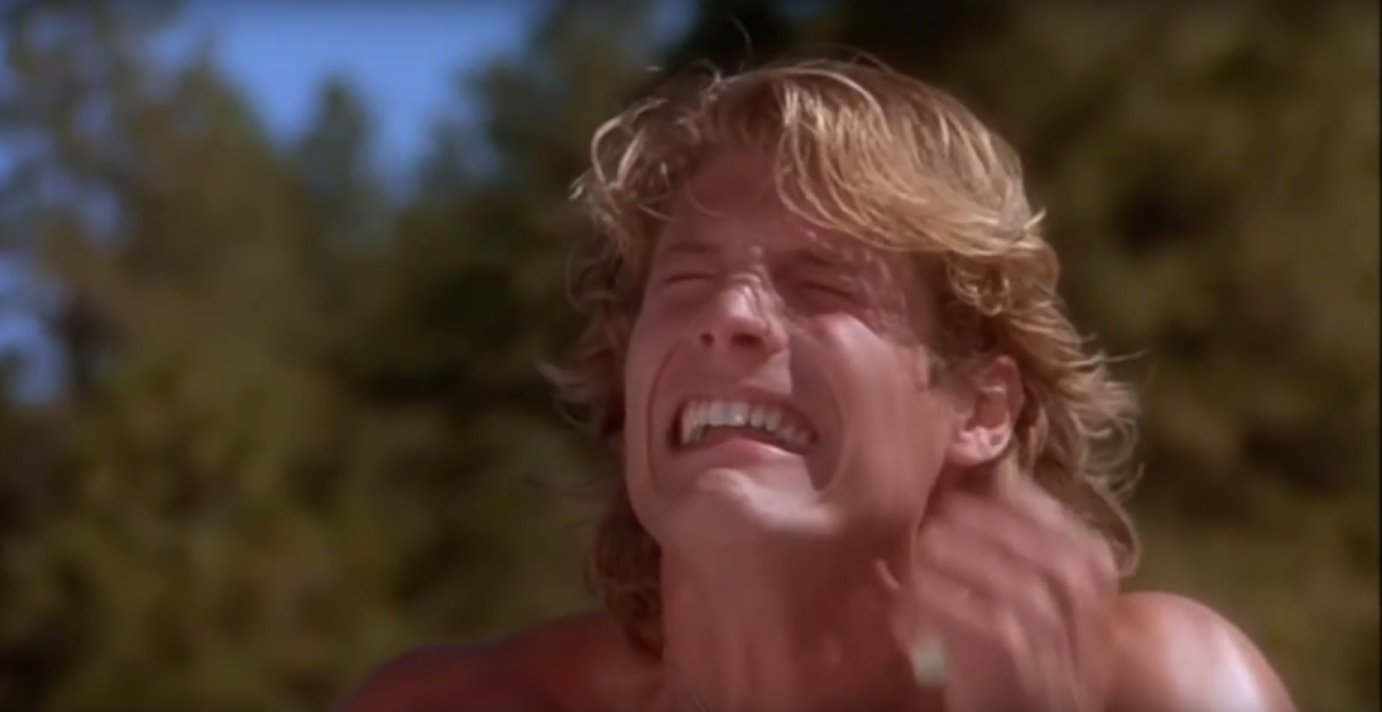 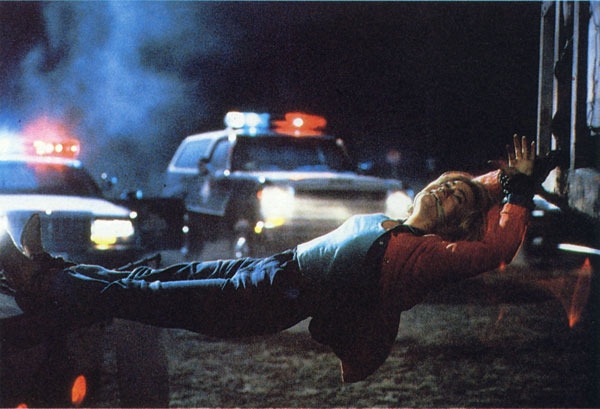