The past, as they say, is a foreign country and the while it took TV’s Mad Men to remind us all that the past was a chauvinistic, cigarette smoked haze, the truly striking thing about The Woman in Red is that that world was still alive and kicking in 1986.

The film, a romantic comedy vehicle for the fantastic Gene Wilder, sees him playing Teddy Pierce, a happily married man, leading an uncomplicated life.  That is until he sees Charlotte, played by the dizzyingly attractive Kelly Le Brock, the titular woman in red. 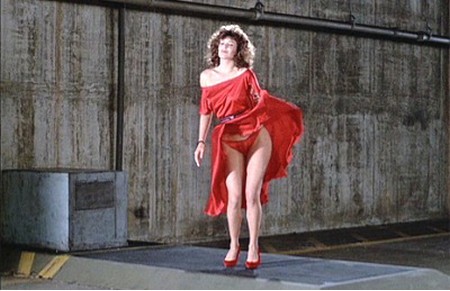 Now you have to understand, in the mid ’80s, Kelly Le Brock was the most beautiful woman in cinema.  Her time in the limelight disappeared all too quickly for our liking but her two co-starring big moments (this and the exceptional Weird Science) remain strong in the memory.  So it’s pretty believable that a fifty three year old man would fall for her.

Through the film’s many smokey conversations, Teddy manages to make an enemy of his co-worker, mislead his wife, meet up with Charlotte and have his best friends cover for him in a way that’s so creative and generous, it gives the completely wrong moral message about what cheats they all are. 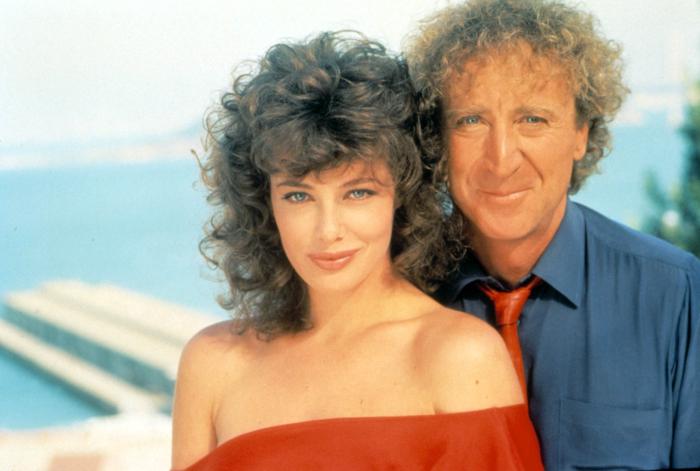 Mid ’80s Wilder was a comedy powerhouse though and he’s so effortlessly likeable in this that you can’t help but hope it all works out one way or another.  Tonight was the first time I’d watched it since the ’80s and it still stands up, despite a fairly abrupt ending.  I need to re-watch more Gene Wilder films now.