We’re stretching the rules for this one. Yes, The Ambulance was released in 1990 which puts it outside of our remit but it had a March release which means that it was filmed in the late ’80s. Good enough for us!

It’s one of those films that we’ve been aware of but had never seen. Maybe our local off-licence/video rental combo shop didn’t have it. However, we had hoped that it was a ‘cars that kill people‘ type of a movie. It isn’t, unfortunately. However, as soon as the opening titles rolled we were squeeing with excitement for many reasons.

Firstly, it’s a Larry Cohen joint. While best known for the ‘Farrell in a phone box’ (I know, I know, it’s serious) drama Phone Booth, ’80s fans will know him for being the writer-director of Q: The Winged Serpent and the schlocky yoghurt ’em up The Stuff.

The credits reveal that James Earl Jones is in it. By itself, that’s no big deal (we’re not a fan of his acting style, which is by any standard best described as ‘over’), the star of the film is Eric Roberts which makes this a Best of the Best reunion. 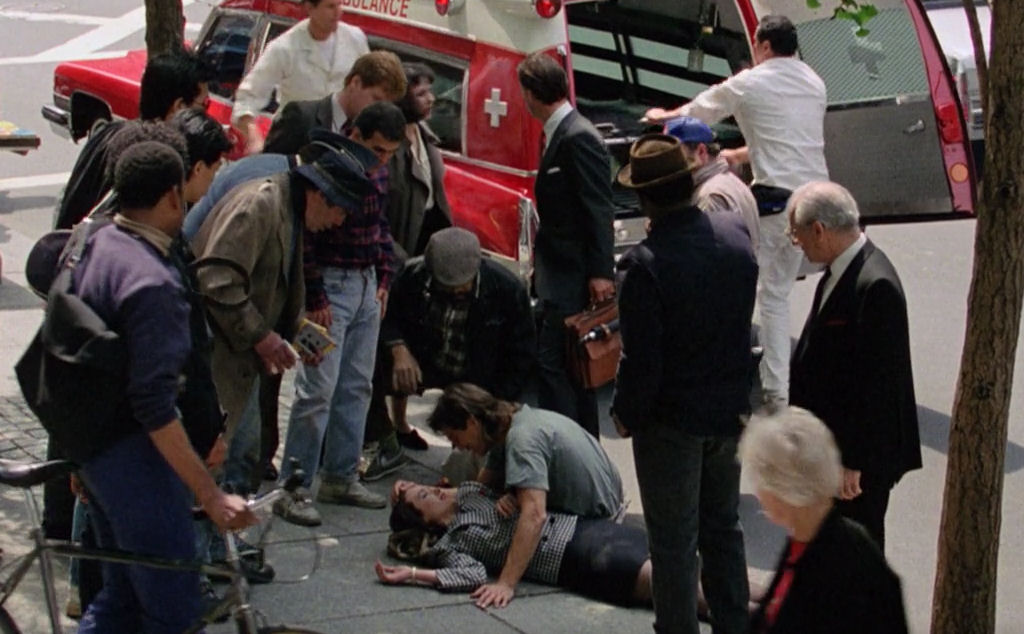 The film starts with an Eric Roberts voice over and a lovely shot of New York. He talks about how funny things happen when you try to pick up women. We then see his character, Josh Baker, complete with full Best of the Best mullet, talking to Cheryl, a woman who he has seen a few times on the street. He’s a little eccentric and persistent but there’s a charm to his advances and eventually she seems to warm to him before collapsing due to her diabetes.

An ambulance turns up and the paramedics take her away. Thinking he was in with a chance, Josh visits all the hospitals in the area trying to find her. When he doesn’t, he contacts the police and Lt. Spencer (James Earl Jones) talks to him about the details but isn’t too convinced that there’s a case there. 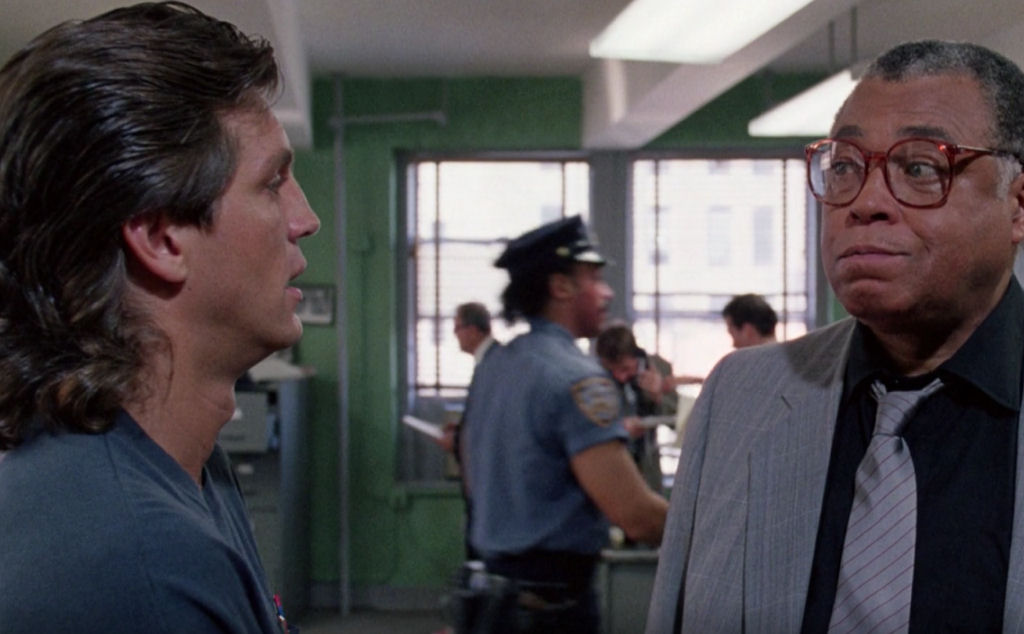 Josh Baker returns to work and draws up a load of posters of Cheryl, which doesn’t impress his boss Stan Lee (played by Stan Lee of Stan Lee fame). Josh is determined to track down Cheryl, especially when he remembers that the ambulance was oddly retro-styled and the paramedics seemed to be pricks.

As we mentioned at the start, this isn’t a Christine/The Car sort of affair. The ambulance isn’t the villain here. The villain is ‘The Doctor’ and when Cheryl wakes up strapped to the table in his pop-up hospital, he reveals that he’s the kind of doctor that isn’t too worried about the rules and has rejected the hypocratic oath in order to make some real medical progress. 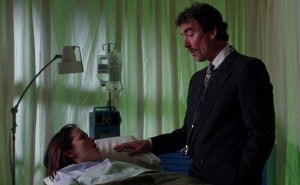 Realising that he’s quite mad, Cheryl asks rhetorically ‘You’re going to kill me’ at which point he says ‘yes, but when you die you’ll be in perfect health’ which is a very chilling moment. It turns out that he’s going to cure her diabetes and then kill her, although later on it is revealed that he tends to sell his cured patients to some nameless Big Pharma bastard corporation for more testing. Either way, it’s pretty bleak.

As the film finds its way to its conclusion, we couldn’t help making comparisons to Cohen’s earlier creature feature Q. That film featured a spectacular performance from Michael Moriarty. The film was a character study based around his character with some effectively but ultimately less entertaining horror attached. That’s kind of the case here. The rogue doctor plot isn’t all that interesting. The doctor and his goons aren’t that memorable and the titular ambulance doesn’t bring feelings of dread with it. 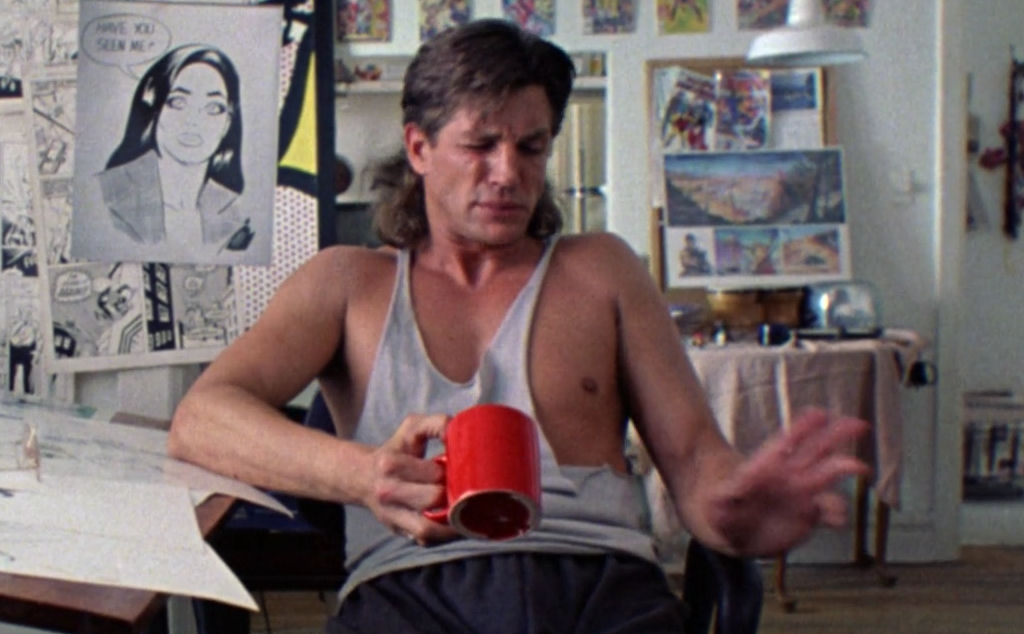 The draw here is Roberts’ performance. We’ve never really seen anything else like it. You can’t believe it was scripted the way it is delivered because it’s somehow completely unusual and yet natural at the same time. For all of its martial arts silliness, Best of the Best did show Roberts at his most emotional where this film shows a different but equally intense side to him. He’s funny, frustrated, angry, hopeful and everything inbetween. 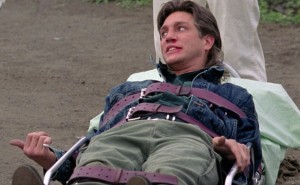 He certainly acts circles around the rest of the cast and in the end the story doesn’t really matter. We just wanted to see more of the main character. As it happens though, the story does have a pretty good resolution to it. It even puts a very minor twist on the whole thing that leads to the best ‘fuck him’ line (delivered by Roberts) ever.

In the end, it wasn’t quite what we hoped for but The Ambulance ended up being fantastic. Take out Eric Roberts and it’d be far less entertaining for sure but with him in this kind of form The Ambulance is an exceptionally fun ride (almost as fun as the one his stunt double took in the screen grab below). 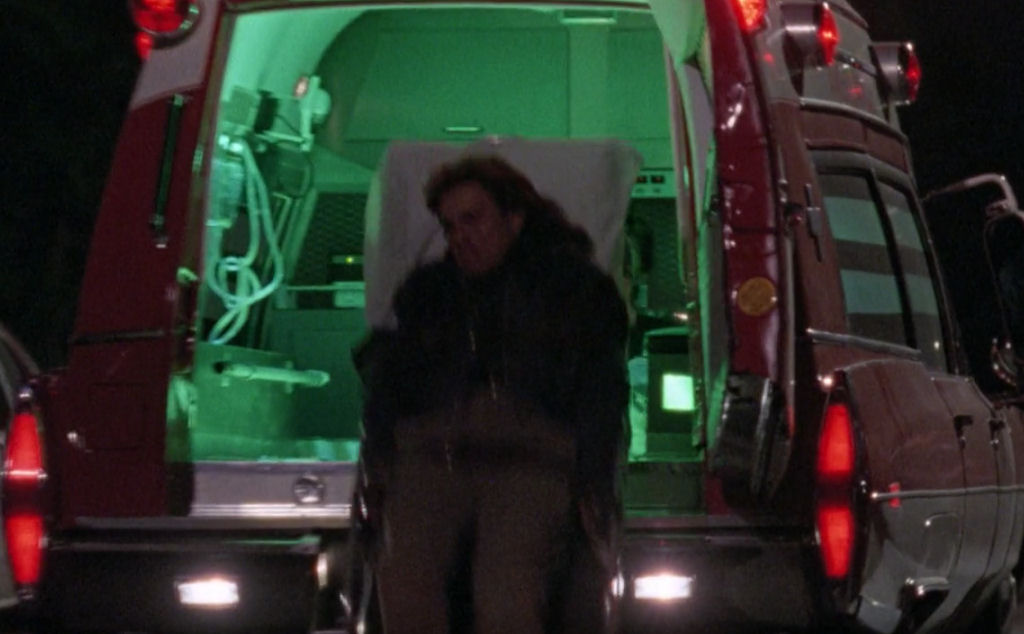