These days films don’t seem to be that big a deal.  I mean, yes, we know they cost hundreds of millions of dollars to make and market them but what was the last film that people went crazy about?  Avatar maybe.  And that was a load of rubbery old bollocks.

In the ’80s, a big film was a big deal.  Remember when Batman came out?  Good lord.  You couldn’t move for Batman logos on everything and even Prince got in on the action with a handful of successful singles from his Batman soundtrack album even though the whole thing was baffling.

However, when it comes to enduring marketing, one of the kings of the ’80s was Ghostbusters.  That logo was on everything.  That Ray Parker Jr theme tune was everywhere.  Even the not-very-good computer game sold a ridiculous amount of copies.  Ghostbusters was BIG.  It also happened to be the best film ever made (yes, again).

1. Bill Murray in epic form. Look, don’t get it twisted. Bill Murray as Dr. Peter Venkman? Baddest motherfucker who ever lived. Cool in the face of all manner of spectral craziness with razor sharp deadpan delivery. The last thirty years have basically been about us wanting to be Peter Venkman.

Bill Murray. That’s all the caption you need.

2. Sigourney Weaver was literally the hottest woman in the world in this movie. Her first turn as Ripley had already confirmed that Sigourney was one of the best actresses in Hollywood anyway but now she was gorgeous even when possessed by spirits and floating over the bed. She also acts as a perfect counterpart to Bill Murray, keeping their scenes together in check while Murray goofs his way (brilliantly) through them.

Sure, I’ll be your Key Master, Sigourney. Even with the mad ’80s hair.

3. “Gozer the Traveler. He will come in one of the pre-chosen forms. During the rectification of the Vuldrini, the traveler came as a large and moving Torg! Then, during the third reconciliation of the last of the McKetrick supplicants, they chose a new form for him: that of a giant Slor! Many Shuvs and Zuuls knew what it was to be roasted in the depths of the Slor that day, I can tell you!”

Literally the best thing ever said in a movie. 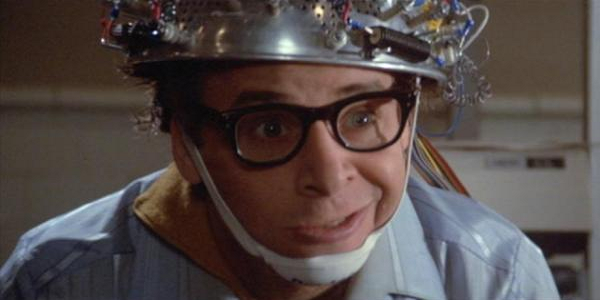 Oh, and the main theme is no slouch either.

5. Walter Peck: They caused an explosion!

Mayor: Is this true?

6. Mr. Stay Puft: the Marshmallow Man. The best monster in any movie ever. “We’ve been going about this all wrong. This Mr. Stay Puft’s okay! He’s a sailor, he’s in New York; we get this guy laid, we won’t have any trouble!”

Not only that. You’ve got Slimer, the weird dog things, Gozer, Zuul in the fridge and the ultimate evil, Walter Peck.

Awesome special effects like these are why Ghostbusters in 1984 was incredible but Ghostbusters 3 this decade won’t be.

7. Harold Ramis. Aside from co-writing one of the best movies of the ’80s, he’s also perfect as the incredibly smart Dr. Egon Spengler. Tell them about the Twinkie, Harold!

“Well, let’s say this Twinkie represents the normal amount of psychokinetic energy in the New York area. Based on this morning’s sample, it would be a Twinkie… thirty-five feet long, weighing approximately six hundred pounds.” 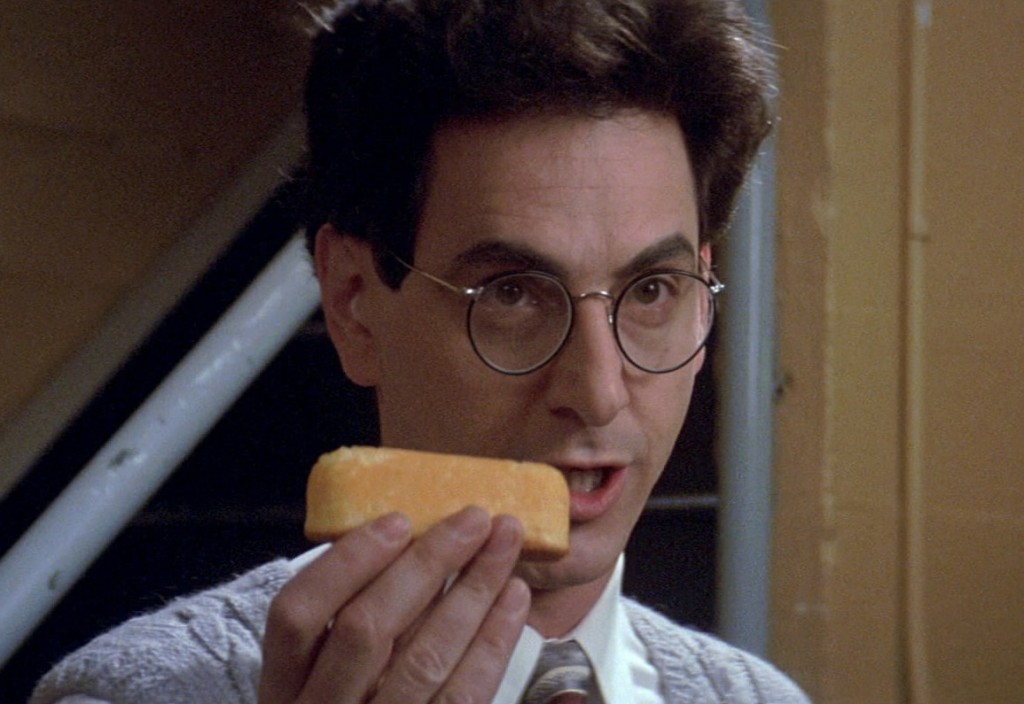 8. When you watch Ghostbusters, you get a weird sense that literally all of New York were into it and the whole thing feels like a celebration. Which admittedly makes the less celebratory sequel feel like a massive comedown but anyway, Ghostbusters ends up being the ultimate feelgood hit of the ’80s.

Where the Spider-man films force the issue and cram in the New Yorker attitude every chance they get, Ghostbusters feels like an effortless tribute to the city. 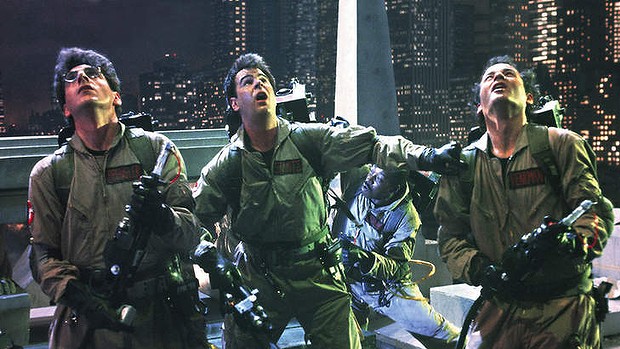 9. It actually works as a horror movie. Sure it’s more of a comedy and given that I saw it in the cinema as a kid, it was never going to go too far with the scares but the ghosts looked real and it had some pretty tense moments.

It appears you have some late fees.

If you’re not smiling at the end of the movie, it’s because you are dead and have been rooting for all the spectral pricks the whole time. 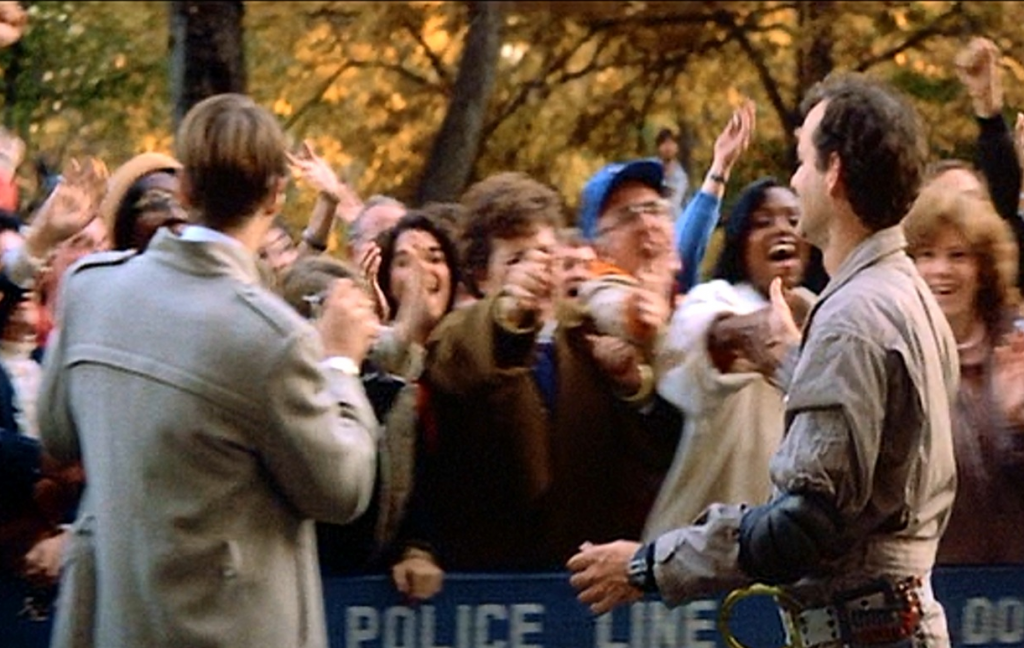 There we have it.  Ten, not at all cobbled together, reasons why Ghostbusters is undoubtably the best movie ever made.  Unfortunately, Bill Murray’s been in the press talking about Ghostbusters III which is apparently going to have an all-female team of Ghostbusters.  We’re not interested.  Unless Mary Elisabeth Winstead is one of them.  Or all of them.

4 thoughts on “Ten reasons why Ghostbusters is the best film ever made.”