Q, also known as Q: The Winged Serpent, is a schizophrenic kind of a movie. On the one hand, as the title suggests, it’s a creature feature that occasionally focuses on Quetzalcoatl, an Aztec god that’s also a flying lizard.

The story here is that Q (hey, if the title can do it, we can do it) is flapping around New York and plucking people from the roofs of skyscrapers and snaffling them up. Initially, we just see people screaming and disappearing (with plenty of sweeping shots of New York’s skyline) before the film finally puts the beastie on the screen by way of some old school stop motion. 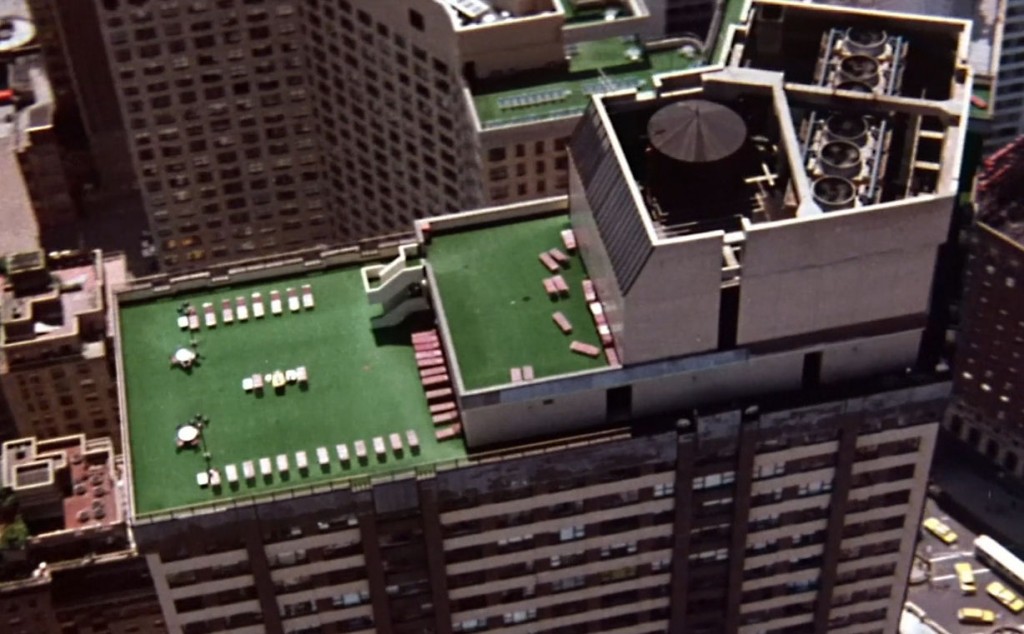 Q has taken residence at the top of the Chrysler Building and is opportunistically snacking on sunbathers and window cleaners. Meanwhile a trail of bodies is being left behind by an Aztec-worshipping cult who are trying to resurrect Quetzacoatl (presumably in humanoid rather than flappy form).

On their tale is Detective Shepard (David Carradine) and Sgt. Powell (Richard Roundtree) who are getting increasingly baffled by the mangled corpses the cult and Q are leaving for them. Especially when the citizens of New York start reporting sightings of a giant lizard in sky. 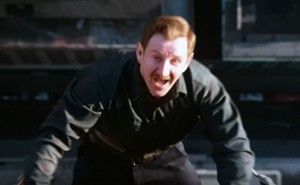 While all this is going on, we also get to follow the story of Jimmy Quinn. Jimmy played by Michael Moriarty is a low-level hoodlum who takes part in a diamond heist. He’s supposed to be the getaway driver but when the gang forces him to take part in the actual heist, and it all goes tits up, he ends up running from the scene.

Unable to get lost on the packed streets of New York, Jimmy eventually finds his way to the top of the Chrysler Building where he comes across Q’s nest and he decides to leverage this information for an immunity from prosecution deal, lined with a few extras such as image rights to the creature and a huge pile of cash. 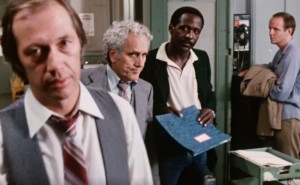 How this all goes down is for you to find out but what is important is the performance Moriarty puts it. Jimmy Quinn is an interesting, conflicted character. At the start of the film he’s set up as a cowardly gangster but then he shows a willingness to put that life behind him and get set up as a jazz singer. 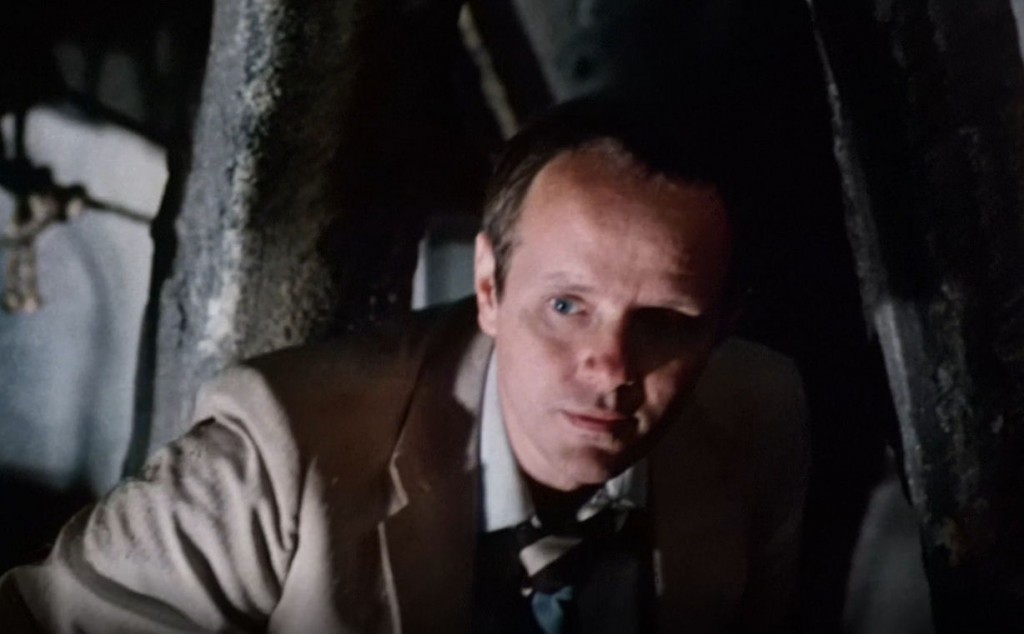 It has to be said that Moriarty’s performance in the film is exceptional. He looks as ordinary as a man can get. Weedy and with his hair already receding, he wasn’t cast for his leading-man good lucks. Instead what you get is a flawed everyman played to perfection by  Michael. He wrings out every ounce of fear, doubt, greed and paranoia from Jimmy Quinn’s character without overacting any of it. 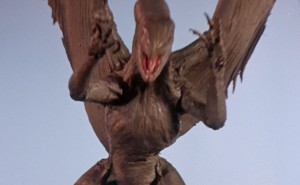 In the end, his story is far more interesting than the stop motion lizard that keeps punctuating the excellent human drama that Moriarty is conveying and while that’s the weakest aspect of the film, it does kind of compliment the better parts of the film. If anything, watching the cops hopelessly take on Q is the sort of silly fun you want from a creature feature.

In many ways Q reminds us of Of Unknown Origin which we reviewed recently. In that film the performance of Peter Weller is far more interesting than the rat puppet they occasionally fling at the screen and that’s definitely the case here.

The strong cast, arguably pretty original plot and the backdrop of early ’80s New York make this a film that all ’80s horror fans should see. It’s maybe not one to buy though.