Galaxy of Horrors is a 2017 horror anthology and is another portmanteau package curated from short movies previously presented as part of the Little Terrors Festival. It follows on from the subject of our previous Portmanteau-a-go-go, Minutes Past Midnight.

Seemingly inspired heavily by Black Mirror, this eight parter follows a dark, sci-fi theme and it packs quite a lot into its 1h38m running time including a linking story, something that its predecessor had neglected.

A man wakes up in a malfunctioning cryo chamber.  The ships computer decides to distract him from his plight by showing him the tales that make up this package which is, of course, the last thing he wants.  This linking story is revisited inbetween each story and has its own conclusion too.  As far as paper thin linking stories go, we liked it! 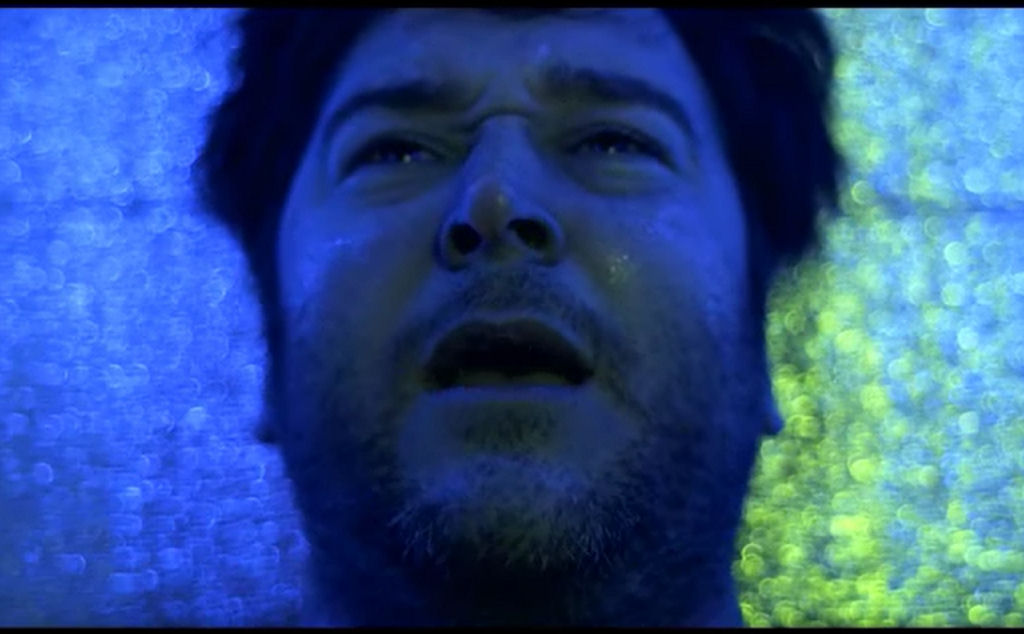 It is important to come out of the gates swinging with an anthology.  Unfortunately, Galaxy of Horrors limps out of the gate with this tiresome distopian tale.  It spends a lot of time setting up its world, one that sees people running around in gas masks because of what humanity has done to the atmosphere.

Some sort of rebel faction is trying to assassinate the President and pretty much this short just follows them as they send in creepy kids with gas masks to take out what security the President has.

Ultimately it fails to deliver in terms of story and scares. The low budget violence further reduces the impact too and leaves you wondering not only why they led with this short but also why it was ever included. 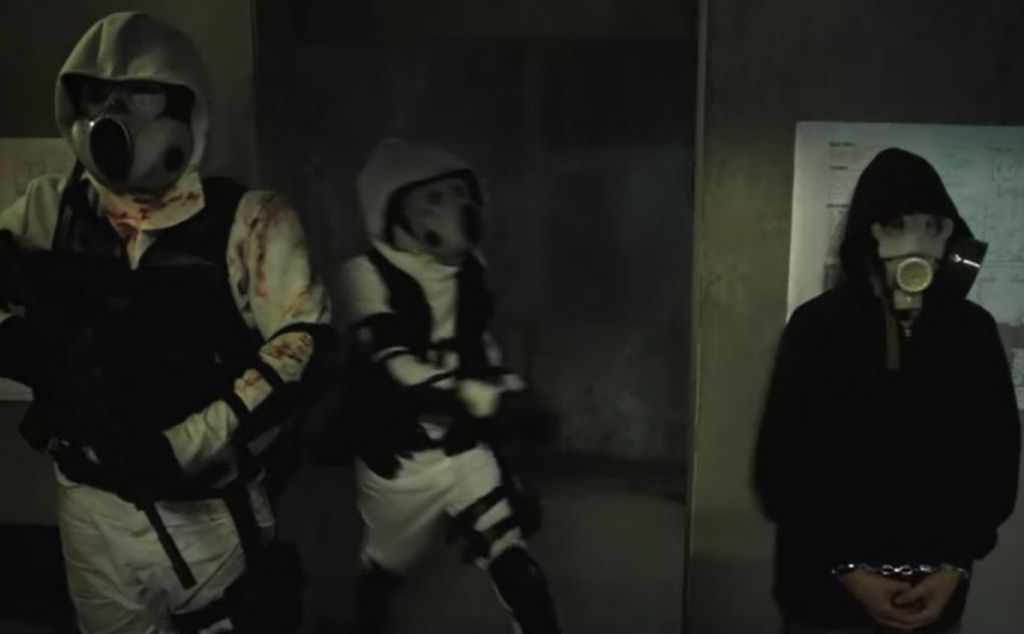 Thankfully, Galaxy of Horrors gets a little better with Iris which is a near-future story that is clearly wearing the Black Mirror influence on its sleeve.

A hitman is disposing of his latest mark in the woods and ends up starting a conversation with his phone’s automated assistant, Iris (Siri backwards if that wasn’t immediately obvious).

After burying the body, Iris tells him that the photo he took as proof corrupted. However, it turns out that his phone has more of a conscience than he does and he ends up at Iris’ mercy.

This story works well.  It’s short, simple and effective and has a very interesting conclusion. 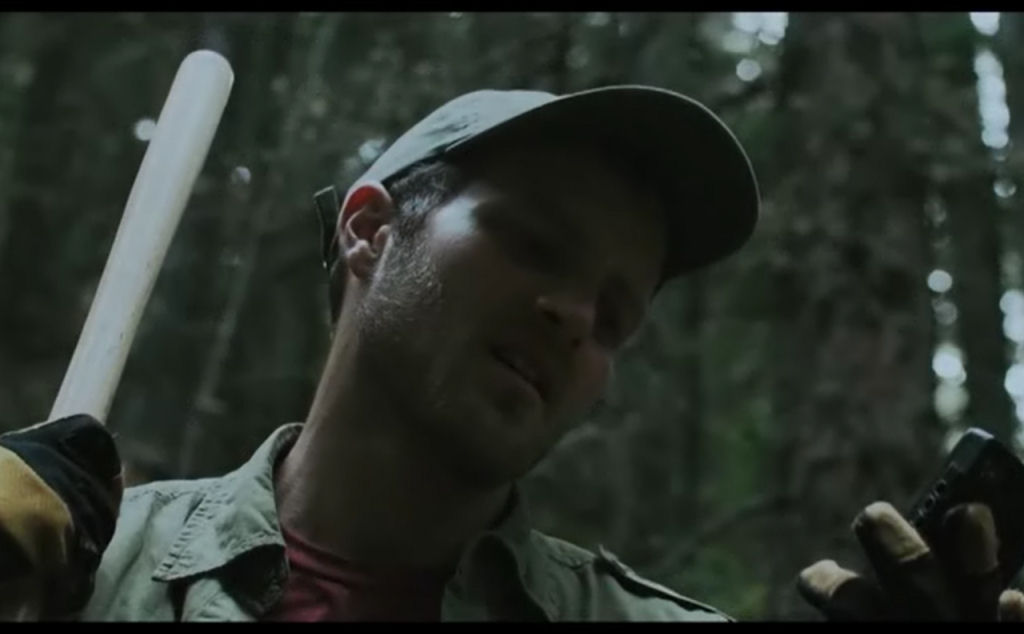 Looking like something from the old 1980s Max Headroom series, this dark tale is about a man who has, as the title suggests, a weird fleshy computer in his apartment.

This short sets up a few minutes of pointless, pretentious exposition before having him attacked by two local thugs.  The inevitable showdown happens and offers very little apart from some bad CGI and a bit of cheap violence. 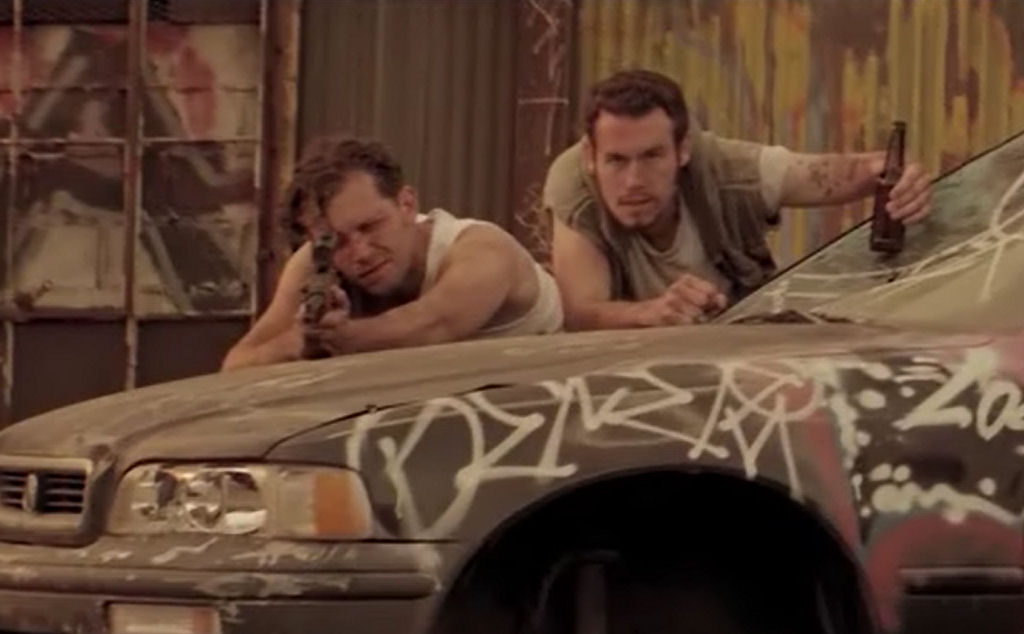 As with Minutes to Midnight and The Horror Network, this modern portmanteau throws in a foreign language tale to change things up.

This story dips back into the Black Mirror sensibilities and dark dystopia by telling the story of a man connected to a room by pipe that goes directly into his brain.

It doesn’t exactly explain why but the man is in a facility that pumps lifelike dreams into his brain.  In a sort of Strange Days meets Total Recall kind of way, people in the facility can use credits to pay for realistic experiences.

Failure to pay is met with sensory failure and when the system starts to go wrong, the man is unable to continue paying which results in him losing his hearing and sight.

It’s filmed in a very stylish ’90s kind of way, washed out and with dramatic camera angles but it goes on for so long, while not really making a lot of sense at first and ultimately it just irritates the audience.  Especially as it really makes no sense.  How is the man earning credits anyway?  Who does all this serve?  Why should we care anyway? 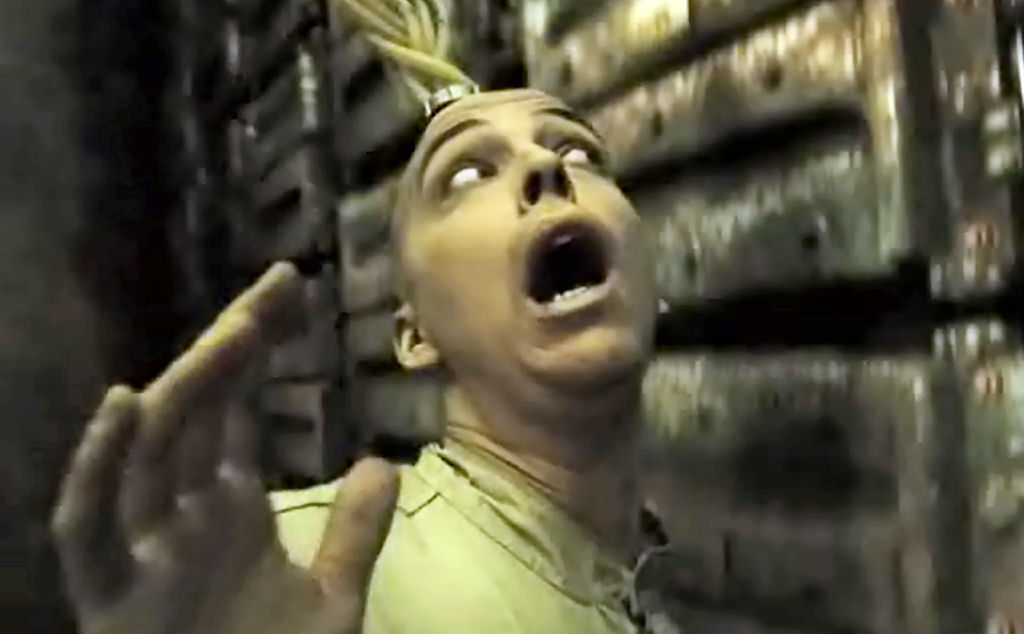 Set in a world where women don’t exist, this rather unpleasant short features a man giving birth in an effort to get a daughter.  It focuses a lot on the pain of childbirth and has a rather shocking conclusion.  It’s also mercifully short and while its attempts at being shocking do seem a little bit obvious, it’s one of the better offerings in this package. 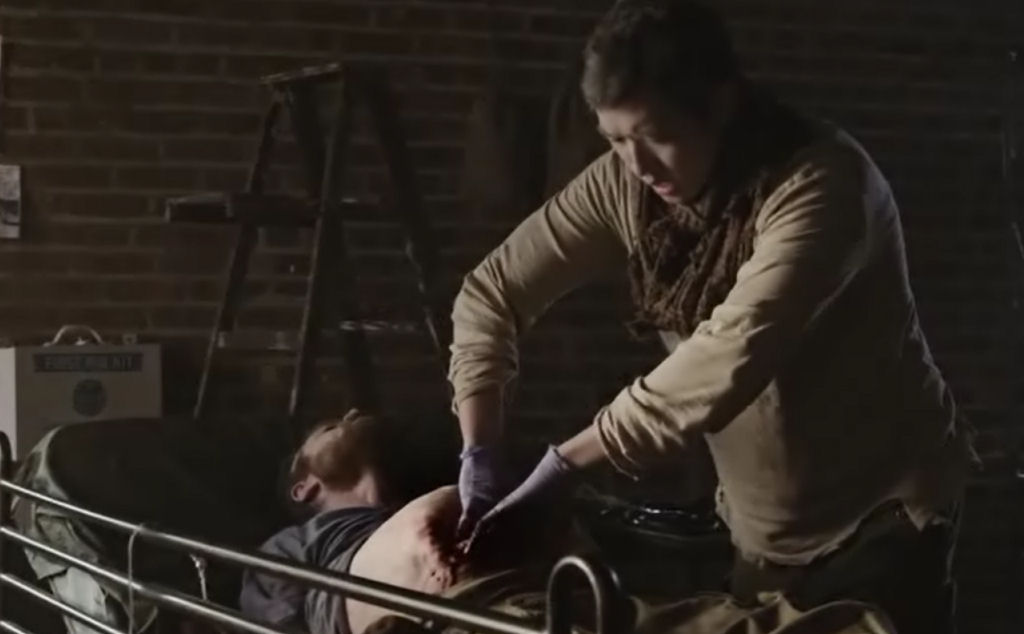 They Will All Die in Space

Galaxy of Horrors’ cover and title do sort of imply that there is a bit of space action to be had and we were glad to see that finally happen with this short.  Set on a ship called the Tantalus, a man is woken from hypersleep by two people in the crew.

The ship’s communications and engine have been devastated in a meteor storm and so they’ve woken up an engineer to try to repair the ship.  However, the engineer begins to suspect that things aren’t right when he sees evidence of previous repairs.

This story is decent.  It at least looks a little bit like a low budget Alien film, although it is shot in black and white presumably to smooth out the rough edges, and the story plays out to a satisfying conclusion. 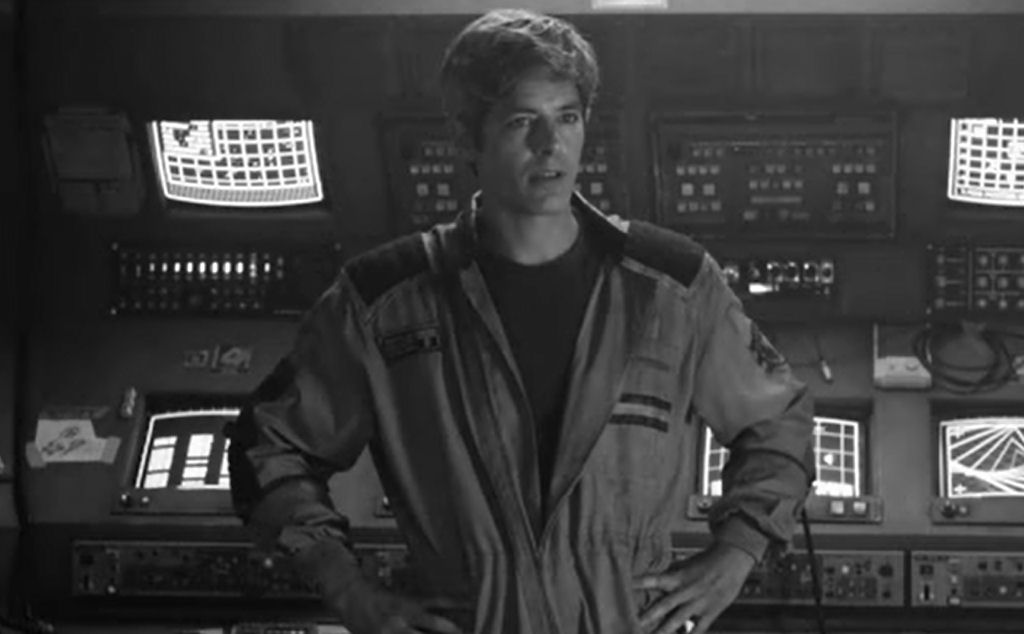 Easily the best looking short in the whole film, Entity follows the plight of an astronaut floating through space after her space station is destroyed.  The sense of despair from the main character is palpable thanks to some excellent acting from Alias Hilsum.

Unfortunately, Entity comes up short when it comes to the story and ultimately leaves the viewer with more questions than answers which is a shame as it was doing so well until then. 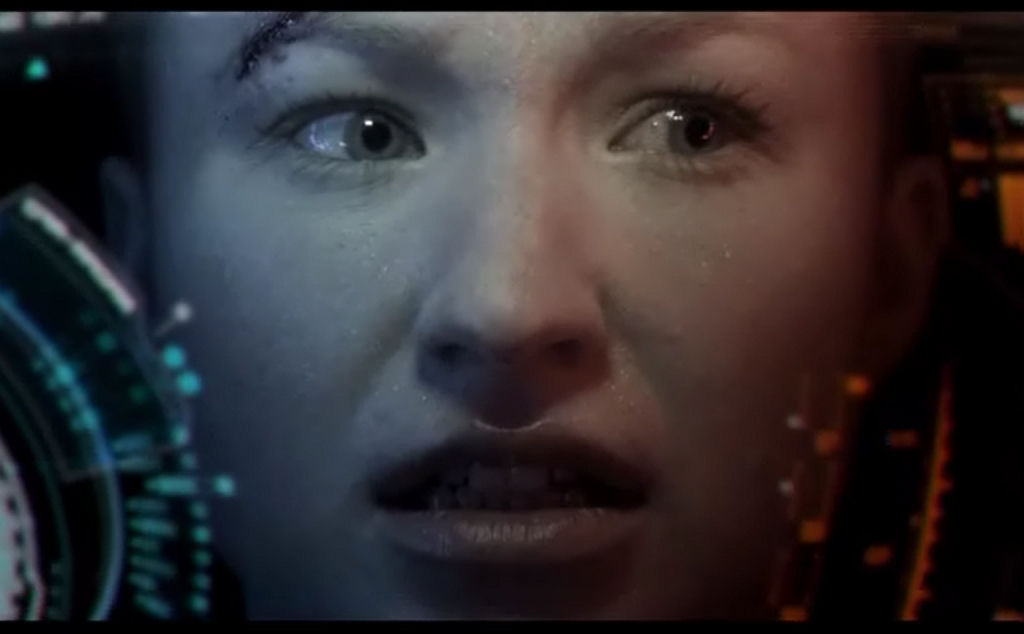 After two space-based segments, it’s very strange to suddenly come back to Earth with such a bump but that’s what you get with the film’s final segment, Kingz.

Another foreign language story, this one focuses on two urban drug dealers who go to a club to sell some cocaine.

For a while it seems as though there’s no sci-fi element to this but when their contact reveals an ability to control other people, you realise this drug-deal-gone-bad has a little something to it.

The acting is good and it has some decent fight choreography to it.  Also, being foreign probably does a little something to take your attention off of the low budget effects.

However, the fact that this story has its own opening credit sequence when none of the others do is definitely jarring.  Much like Minutes to Midnight, the radical change of styles between stories does make it feel thrown together. 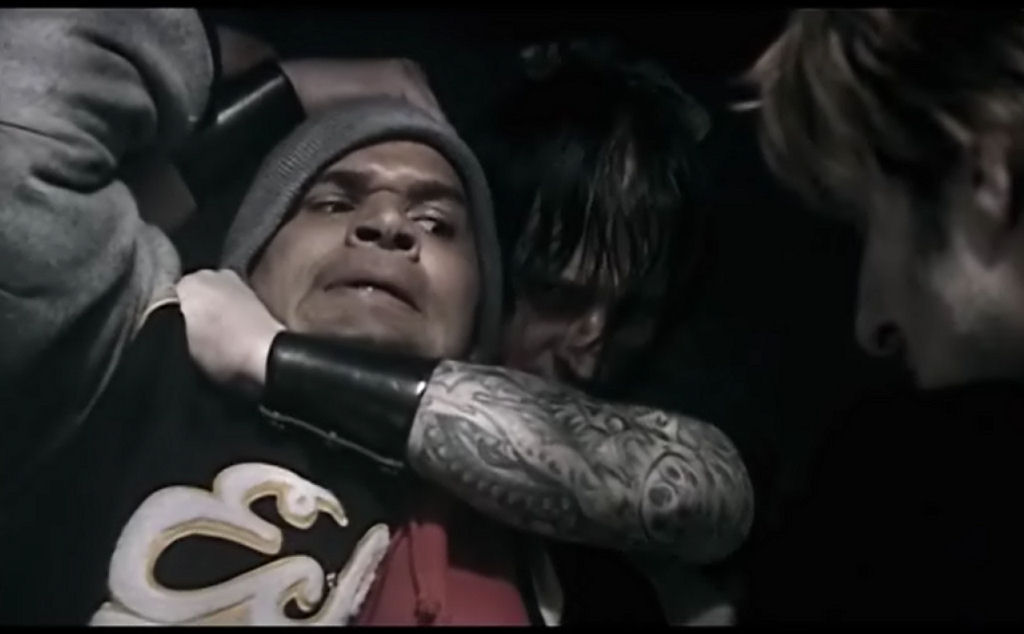 Of the eight stories on offer here, none of them are great but Kingz, Iris, They Will All Die in Space and Eveless have some impact to them while only Pathos and Eden felt like a chore to get through.

So, Galaxy of Horrors isn’t exacly a portmanteau for the ages but is different enough and varied enough to make it worth a watch when you’re low on better options.  The fact that it has a linking story and an overall theme does help, especially when compared to the scattershot approach of other modern horror anthologies, and you get so many stories for such a low time investment here.

We’re not sure that simply curating together a bunch of shorts is the way to go though but we didn’t hate this collection and that’s good enough for us.