Given our love of ’80s movies and horror anthologies, it is safe to say that we finally discovered this 1987 pormanteau a tad late. However, From a Whisper to a Scream (also known as The Offspring) was worth the wait. It’s a by-the-numbers genre flick that manages to hide some proper shocks behind its relatively cheap exterior. 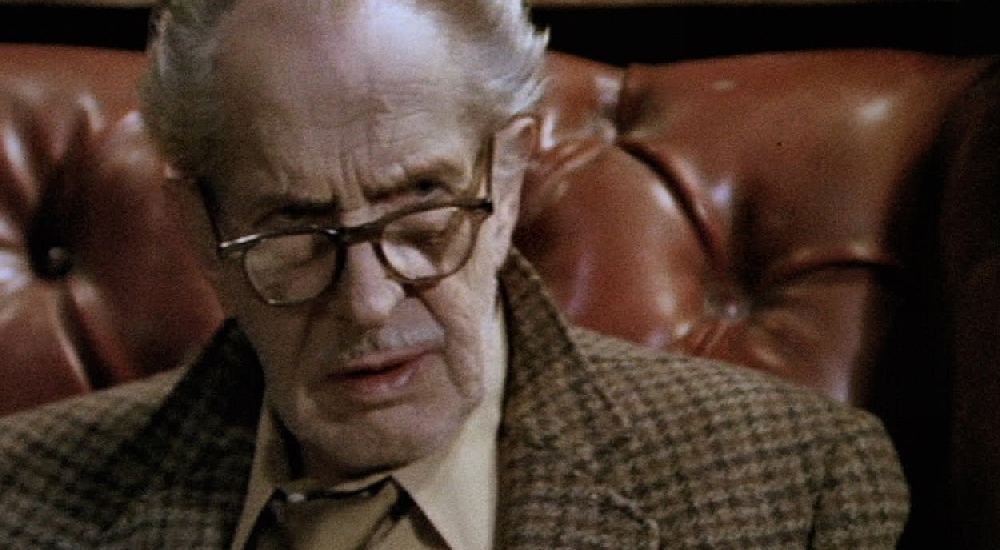 Price had a few choice words with his agent after he saw the whole film. Which is sort of an indication of how far Whisper to a Scream pushes things.

Vincent Price was employed to link the stories together. After his niece, Katherine, is executed, a reporter comes to visit Julian White (Price) to ask his opinion on what turned her into murderous psychopath. After initially wanting her to go away, he eventually explains that the town, Oldfield in Tennessee, is the centre of all sorts of evil mojo and that his niece’s descent into homicidal madness is par for the course in those parts. He then introduces four stories, each one moving further back in time, that highlight Oldfield’s bizarre history.

Now straight from the off, Whisper to a Scream is a bit much. The first scene sees Katherine being executed by lethal injection. The film chooses to ignore how lethal injection works (one substance paralyses you, the other stops your heart – well, more or less, I’m remembering that from an episode of Oz) and instead sees Katherine having a When Harry Met Sally type of moment until she finally chews enough scenery and dies. There’s a hint of some sexual overtones to it. A bit unnecessary and the film doesn’t really slow down from there.

The first tale is set in modern times (ie; the ’80s) and focuses on Stanley, a weird chap who works hard in his job (some sort of grocery clerk apparently) but has the hots for his boss Grace. In an effort to step up out of his humdrum life which mostly involves looking after his sister (who requires Stanley to give her ice baths to lower her body temperature), he asks Grace out who, very surprisingly (given the fact that the film signposts very clearly that she’s a dick and that fact that Stanley’s glasses make him look like an infinite twat) says yes. 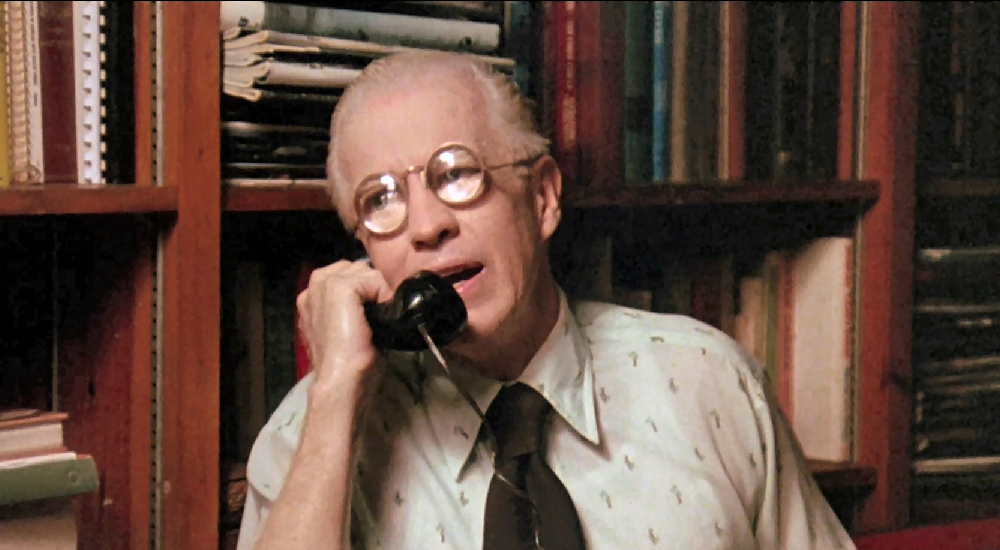 The Proclaimers look was huge in 1987.

He takes her out for dinner. It goes poorly. Stanley drives her home but refuses to take no for an answer, unless the question was ‘will you please strangle me immediately?’

Now we don’t see what happens next but we find out in a bit. Stanley goes home and gives another bath to his sister who, rather creepily has applied industrial levels of make up to her face in order to ‘look pretty’ for her brother. Christ. Stanley stabs her in the back before drowning her in the tub for good measure.

Finally free of his responsibilities, Stanley is chilling at home the next day before being disturbed by noises in the house. While investigating, his dead sister falls down the stairs towards him, shitting him up something proper. However, it all gets WAY WORSE when at the top of the stairs a sort of weird zombie toddler thing appears. The inference here is that it is the undead child of him and Grace and that he got nasty with her after he killed her. Fucking hell. 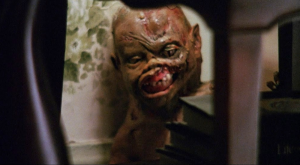 We’re not sure that this film gets how biology works.

The zombie kid, the ‘Offspring’ refered to by the film’s original title, then presumably chews his face clean off. At least I’m guessing that’s what was meant by the fast camera approach to Stanley’s face.

So, what do you say about a segment like that? At this point in the film I was thinking it was a bit rubbish. Despite being a late ’80s effort, I believe this part was filmed in 1985 but it dates further than that. Stanley’s super thick glasses gives him the sort of look you’d expect in a ’50s episode of The Twilight Zone and the sheer creepiness of him and also his sister makes the whole thing kind of hard to watch.

The next part (these aren’t named, annoyingly) is even darker but for very different reasons. This one is set in the ’50s and tells the story of Jesse Hardwick who is a low-level mobster who is on the run with his woman. However, she betrays him by telling other gangsters where he is.

They gun him down but he manages to get to the river where he falls into a boat and is carried off. He then wakes up in a hut and finds out that he was saved by Felder Evans, an elderly black man who nurses him back to health while also performing a bunch of weird rituals.

One day Jesse looks through some old photos and finds out that Felder was a freed slave. Fine, except that that makes him like two hundred years old. The evidence is enough for Jesse to confront Felder, demanding that he gives him the secret to eternal life saying that it’ll make them both incredibly rich.

Felder’s not interested though and so Jesse hits him over the head with the intent to kill him. Felder’s not the dying type though and ends up returning. This is where the film gets BLEAK. Bleaker than any of those bleak ’80s deaths we’ve been covering. 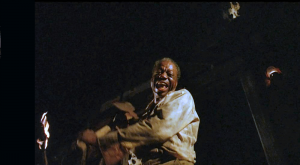 Just captioning this pic makes us remember just how bad this segment bummed us out.

So, Felder knocks Jesse out and ties him up. Jesse wakes up and begs to be released. Felder says he can’t. That he’s given him enough of his magic/formula/whatever to keep him invulnerable for the next 70 years. He then starts chopping off limbs.

The film cuts to a car hitting something in the road. The car’s occupants discover that it is human remains in a sack. Those remains are Jesse. Not Jesse’s but just Jesse. He’s alive but Felder has cut off his limbs.

We next hear two doctors discussing him. He’s unable to move and possibly cannot hear or see. The camera then moves towards him, a mess of blood and bandages. He cries a single tear as one of the doctors reveals that he’s getting stronger but all they can do for him is pray. Pray for the quick death that he’s not going to get.

Wow. A far as portmanteau segments go, that’s the bleakest ever. The story itself progresses along at an okay rate with both the main characters having just enough screentime to properly define them but that ending properly hits home. It’s deeply unpleasant and even for a serial piece of shit like Jesse, the punishment most certainly doesn’t fit the crime. It leaves you feeling bad but, bloody hell, it’s powerful. 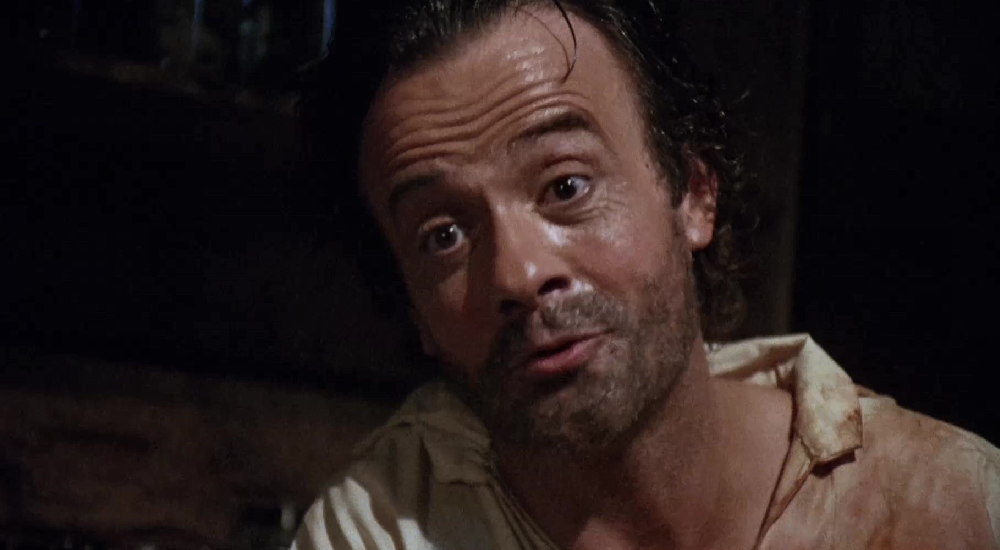 Jesse in a happier, ‘not a limbless hunk of meat’ times.

Part three takes us back to the 1930s and to a travelling carnival. Steven Arden’s unenviable superpower is eating glass without bleeding. However, with career prospects limited and local lass Amarrillis all hot under the collar for him, he decides to leave.

The carnival owner, the Snakewoman (played magnificently by Rosalind Cash) isn’t too happy though and when all the glass and razors he’s been eating start trying to exit his body he returns where she explains, in no uncertain terms, that he belongs to her.

She hints at the fact that she’s given all the performers both their talents and a second chance. Some are criminals, some just needed to get away from their lives but either way, they aren’t getting away in a hurry. 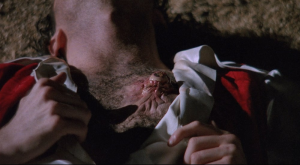 Surely the worst place for a third eye?

However, some of her dwarves go on a bit of a mutiny and kill her second in command. Steven takes the chance to escape again and this time gets to a motel. However, this time he pretty much explodes when Snakewoman follows through with her previous attack.

We next see Amarrillis stood at carnival, covered in glass and metal. She’s now ‘The Human Pincushion’ and can do nothing but stand there as people marvel at her. It appears she’s powerless to speak or move.

This is just as bleak as part two really, if a little less graphic (albeit not that much less!). What sets it apart is the magnetic performance from Rosalind Cash who properly conveys all the menace possible. 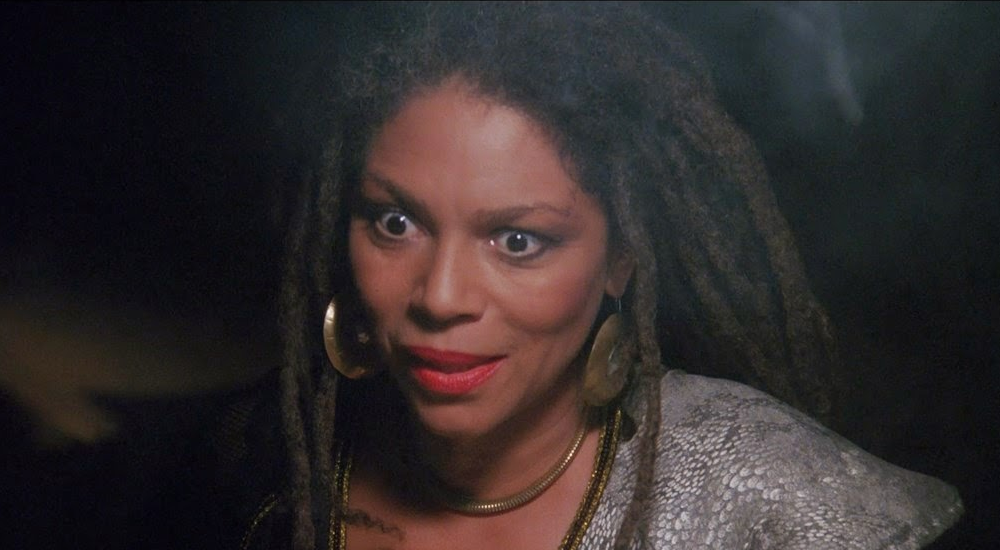 If you learn anything from this film, it’s don’t mess with Rosalind Cash.

The fourth and final segment takes us back to the Civil War. Sgt. Gallen is commanding a squad (him and three other men). After opening fire on some surrending enemy soldiers, the men find out that the war is over. One of them, horrified at Gallen’s command to kill those soldiers, declares that he is leaving. Gallen shoots him as a deserter.

The men make their way to the nearest town (Oldfield, of course) but are ambushed and knocked out by some sort of artillery.  They are taken to a nearby farmhouse which is run by children.  However, these are the Children of the Corn type of kids.  They are also in bad shape with all sorts of serious wounds. 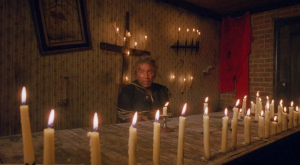 Their leader, Andrew, comes out to meet Sgt. Gallen and his men and tells them they are prisoners and will have to meet “The Magistrate.”  The men are tied up in the house but one of the kids, Amanda (who is missing an eye) shows him some kindness on account of him looking a bit like her dad.

From that point it all goes somewhat south.  Andrew goes to see Amanda in the field and says he has a surprise for her.  The surprise is that he gives her one the eye of one of the soldiers.  Later on, Sgt. Gallen talks her into releasing him which he repays by strangling her (during a weirdly lingering kiss).

Gallen gets outside and finds the kids playing a particularly nasty version of pin the tail on the donkey where they are pinning an arm onto one of the soldiers’ torsos.  He attempts to escape but is knocked out by the soldier he had previously shot.

He wakes up in a room with Andrew where he finally gets to meet The Magistrate which is a mash-up of dead parents in a large display case.  Andrew explains that when the soldiers came through the town, they killed all the adults leaving Andrew and the other children to run the place.

Gallen is taken outside and burned alive.  Too right, the arsehole that he is.

Tommy Nowell’s performance as Andrew is great.  He’s entirely menacing but manages to deliver his lines with the confidence of a much older actor.  The story is in keeping with the darkness of the other segments and just as disturbing but, hey, the horror is there, the scares are legit. 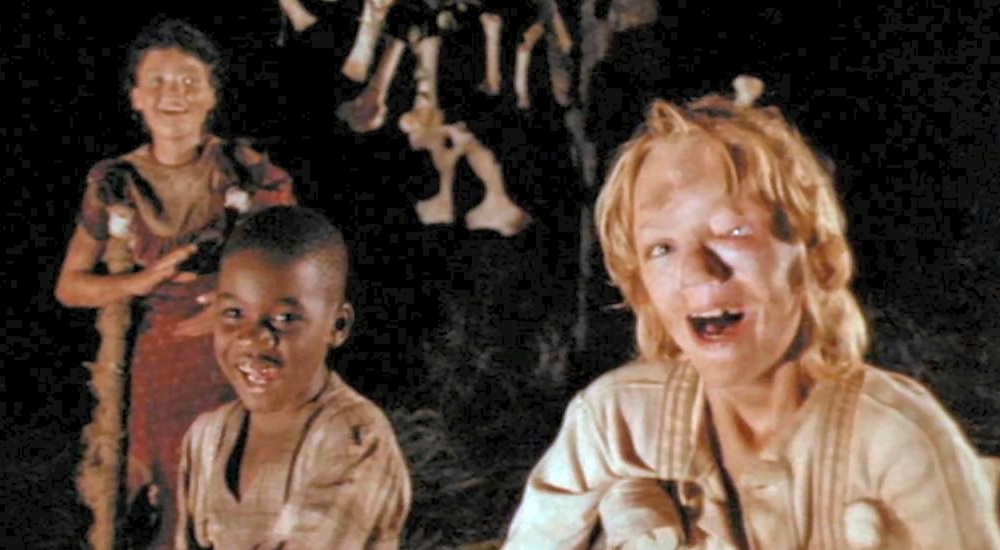 Oldfield’s kids getting their ‘Children of the Corn’ on.

The wraparound story bookends everything with a little bit of darkness of its own too.  Vincent Price apparently wasn’t that happy with the film, and to be fair he’s nothing special in it, but overall this was a good portmanteau in our opinion.  None of the four stories is particularly bad and each one has its own shocks and surprises.  It’s a tad meanspirited at times (to say the least) but almost thirty years later, the fact that the film has dated a bit does dillute how shocking it is, and that’s no bad thing.

Having taken all this time to getting around to watching From a Whisper to a Scream, we’re surprised to find a legitimately great horror anthology here.  You see, it pays to set up a movie blog just on the off-chance that you capture a few gems.