Okay, we’re cheating a bit here.  John Carpenter’s portmaneau horror, Body Bags actually hit our screens in 1993 and is therefore out of our remit but it’s so literally dripping in 80s portmanteau cliches that it serves as the perfect introduction to this series of articles.

This particular example of the genre is a three-parter held together in by John Carpenter himself who introduces each segment of the feature in true Cryptkeeper style. He also directed two of the segments with Tobe Hooper (of Texas Chainsaw Massacre fame) directing the final one.

It all starts with ‘The Gas Station’ which sees Anne starting her new job as an overnight gas station attendant who is terrorised by the archetypal escaped psychopath. It’s a by-the-numbers effort that is so generic it is practically a remake of ‘Terror in Topanga’, the first part of the 1983 portmanteau gem, Nightmares. It throws in a few twists and turns along the way but is mostly bollocks. Which is to be expected from at least one part of any portmanteau horror. 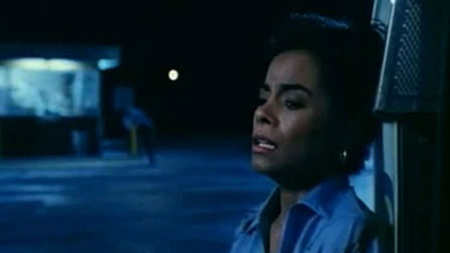 Pretty much a study in how not to act when terrorised by a madman.

If ‘The Gas Station’ was indeed apeing Nightmares, then section two (‘Hair’) is in full-on Creepshow mode. It features Stacy Keach as the follicly-challenged Richard Coberts, a man obsessed by his oncoming hairloss. After a good fifteen minutes of literally nothing interesting happening, things start getting interesting when Richard goes for a new treatment that promises him a full head of hair. It’s complete nonsense but the ending is… bold, to say the least. Keach’s performance is also worth a look. 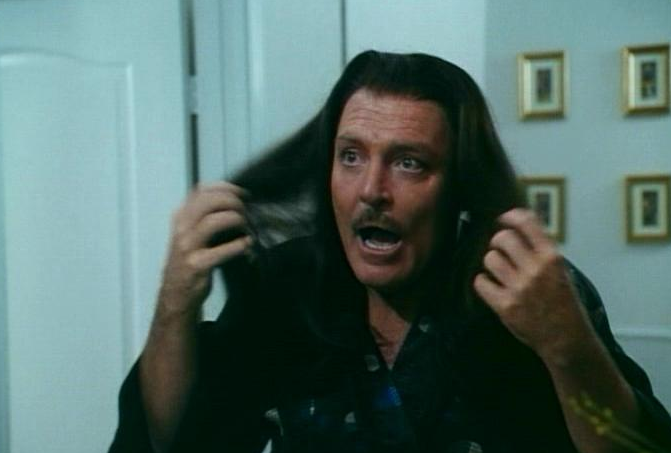 Last up is ‘Eye’, the story of a pro-baseball player who loses an eye in a car crash and gets a new one transplanted in. Unfortunately the eye once belonged to a kill-crazy pyschobastard and from there the fun ensues. It’s mildly diverting if only in that it answers all your ‘why isn’t Mark Hamill famous anymore’ questions. Quite how he gets all that voiceover work when puts on such a bad mid-west accent is beyond us. Fuck knows what co-star Twiggy’s accent is up to as well. 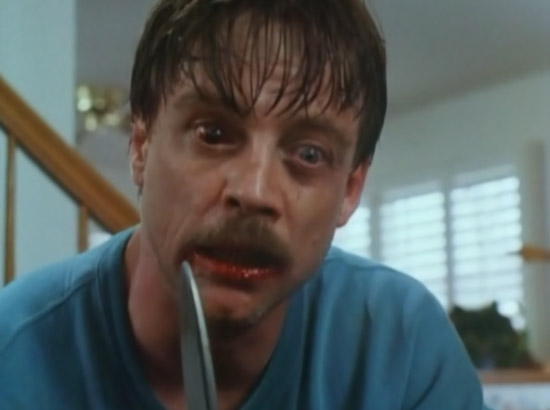 Overall, Body Bags is pretty awful and marks that period where John Carpenter went from being amazing to being unwatchable. But as a study in the traditions of the portmanteau horror film, it’s worth a look.

One thought on “Portmanteau-a-go-go #1 – Body Bags”