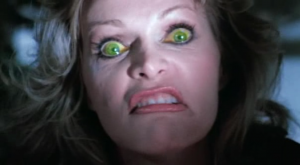 As far as little-known, B-movie horrors from the ’80s go, Mausoleum has a bit more about it than the usual straight to VHS efforts that peppered the shelves of my local video rental store. Not that I remembered it at all. Having seen the film a couple of times when I was little (that video rental store was in fact a small off licence in South London with a limited collection of tapes so most of the films there got watched a couple of times), I would have expected to recall at least a few things but the whole film came as a bit of a surprise.

It starts of with a young girl (Susan), and her aunt, burying her mother. In a fit of Hollywood-esque panic, the girl is overcome with emotion and runs away from the grave.  She then decides to follow some spooky voices right into an old mausoleum where she encounters a demon before passing out.

The film resumes with Susan, now thirty, played by the almost forty year old ex-Playboy Bunny Bobbie Bresee. Life’s going great for Susan. She’s the heiress to the family fortune and married to a successful lawyer (or something, to be honest he’s not very important) while living in a huge house. 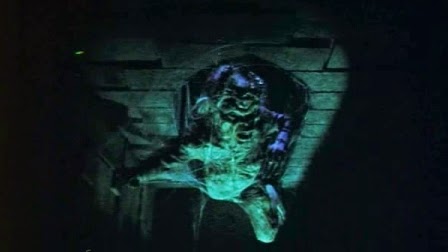 Unfortunately it turns out her entire bloodline is cursed and the first daughter of every generation gets a head full of wacky demon possession and it’s time for her share. Uh oh. It all starts when a misogynist straight out of the ’70s starts pestering her at a club. This causes Susan’s eyes to glow green and for her to use demonic mind powers to lock the guy in his car and set fire to it. She doesn’t remember this though but it seems that at this point the demon has a time share on her head. Oh, and it’s called Nomed, just so you know it’s a demon.

The story then carries on in a similar vein with Susan switching from loving housewife to sex-crazed killopath. Her creepy as hell gardener is next. After he gets a bit too frisky with her, she switches over to demon mode, sleeps with him and then stabs him to death. A delivery man has his face melted off when he tries it on with her too.

It’s not just men who get the demon treatment though. Her aunt returns to the story just long enough to get Darth Vader force-choked, levitated over a bannister (with the mounting equipment clearly in shot) and dropped to her death.

These deaths are kind of shocking and well-realised though, which adds a bit of weight to the horror. And when her husband starts to realise something is wrong, there’s plenty of suspense as you expect him to die in pretty much every scene he’s in. 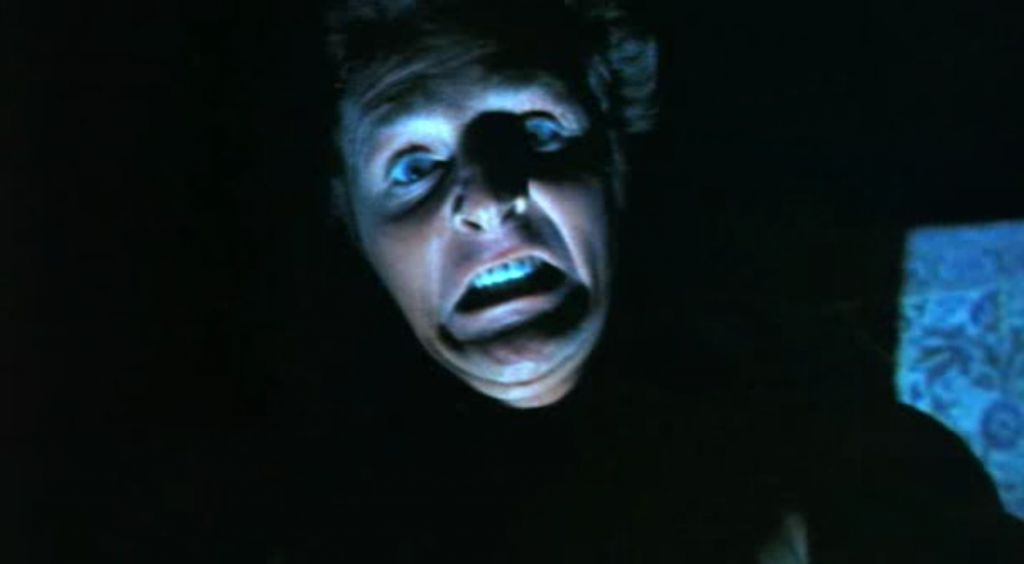 In the end it’s up to Susan’s psychologist to battle the demon within her by returning to the mausoleum, picking up a crown of thorns and then attempting to put it on her demonic head. It’s a scary end sequence for sure.  Even if it doesn’t make much actual sense! 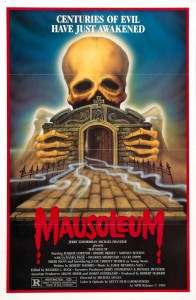 Mausoleum ended up being better than I hoped for but clearly made on a budget. Bresee is decent for the role. Older than the usual horror starlets of today but she brings maturity to a role that often sees her having to make a fool of herself when the demon takes over. Of course, her Playboy Bunny past means that she spends a few scenes being naked (because: ’80s) and generally the acting is a little stiff (across the whole cast to be fair) but she’s engaging with it.

The story itself is nonsense and, of course, there’s a weird ending (as is usually the case with ’80s horror films) but there are enough scares and tension to make it uncomfortable viewing without being too exploitative. It doesn’t explain itself very well (what does the demon want? How did the curse start? Why does it wait until you are thirty?) but really who cares?  An attractive lady kills everyone around her and that’s all you really need to know about Mausoleum.

Ten reasons why The Man With Two Brains is the best comedy movie ever made. Society (1989)