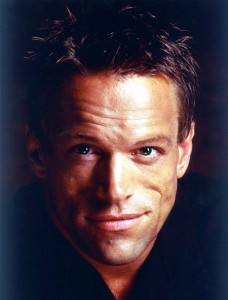 Another treat for you, we bring you Brian Thompson, our latest HITG.

Besides the awesome surname (this writer may be biased), he’s carved out a niche by his sheer physical presence and booming voice. Appearing larger than his 6’3″ height may suggest, he’s been a regular in both film and tv shows, not all of which are Star Trek. Though he’s been in three different series and one of the movies too. He’s also played a shapeshifter on multiple occasions, maybe due to his distinctive facial features suggesting the ability to scrunge at will? 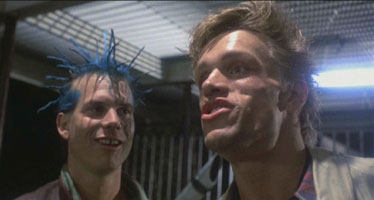 You’ve probably seen him in: The Terminator (gets his heart ripped out by Schwarzenegger), Cobra (impaled on a crane hook and burned alive by Stallone), Fright Night II (insect eating ghoul that still gets freaked out by gore), Star Trek: The Next Generation (Klingons-a-plenty, basically him with a cornish pasty on his forehead and some bad dentures)

What makes him special: Being something of a man mountain and having distinctive facial features makes him the Hollywood casting director’s first choice for any role needing a six foot-plus lunk that fills the screen.

What he’s been in since: A.W.O.L. (misses out on getting seven bells kicked out of him by Van Damme for the set unfortunately), the horrible Mortal Kombat: Annihilation (as Shao Kahn), The X-Files (alien bounty hunter par excellence), Star Trek: Deep Space Nine (barely recognisable as a Jem-Hadar in one role, yet quite clearly just him with a red painted face in another). 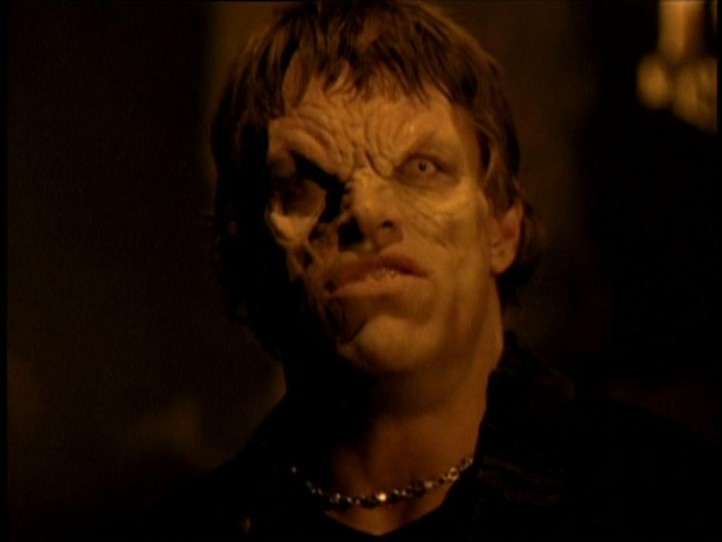 At only 56, he’s still got plenty of years to continue with his career. Maybe he’ll show up in the next Star Trek series if it’s retrieved from summer blockbuster purgatory. As Brians go, you’re pretty cool.

Incidentally, if there’s any prolific ’80s actors you think are good HITGs for us to cover, drop us a comment and we’ll see what we can rustle up. They can’t be too famous though!

Quote of the Day! – Bloodsport Axe Attack #1 – Back To The Future