Back in the actual ’90s, I was staying up a bit later than I should have been on a college night and found myself watching By The Sword, an Eric Roberts fencing movie.  It took a while for me to realise that I was watching greatness and so, some 45 minutes later, I set my VHS to record the rest of it.

At the time it felt like a sort of poncey upper-class version of The Karate Kid but with Roberts in a mild antagonist role as Alexander Villard.  He’s not a bad guy, he’s just a deliciously arrogant wanker.  An undefeated fencer who is now coaching the next generation of talent at his New York academy with an approach that is more berating stick than comforting carrot but not in a terrifying Whiplash kind of way. 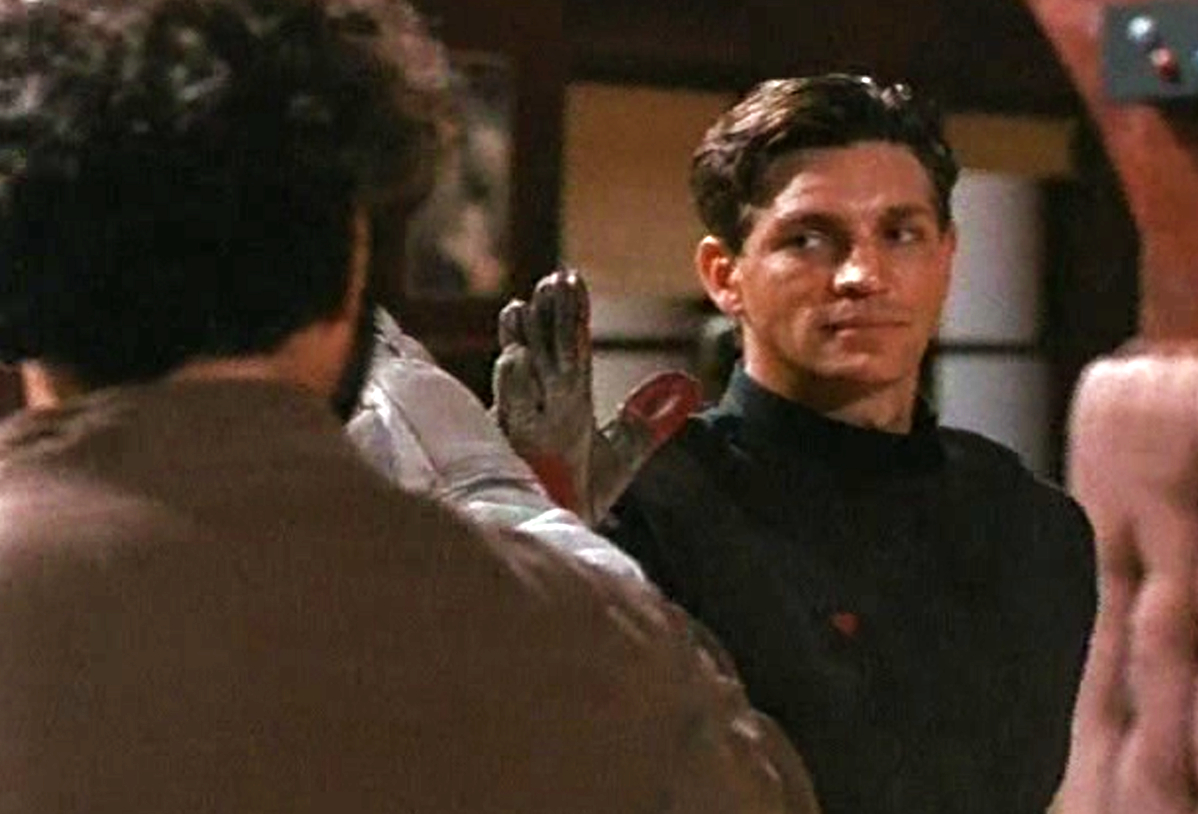 One day, Max Suba (F. Murray Abraham) shows up looking to teach but he’s out of shape and certainly out of practise.  However, Villard offers him a janitor job there and Suba gets to work looking after the place.  The film the focuses on Suba as he gets his fitness back, begins to rediscover his technique and meets a nice lady.  All’s going well for him but from the opening sequence we’re aware that something is up.

The film starts with a dream-like sequence where a young boy witnesses his father being killed in a duel of sorts.  The film doesn’t hide the fact that that boy is Villard and so we have to assume that Suba is indeed the killer (especially based on how out of practise he is with dating and all the wistful mentions of being away for some time) and you can bet that eventually Villard is going to make that connection. 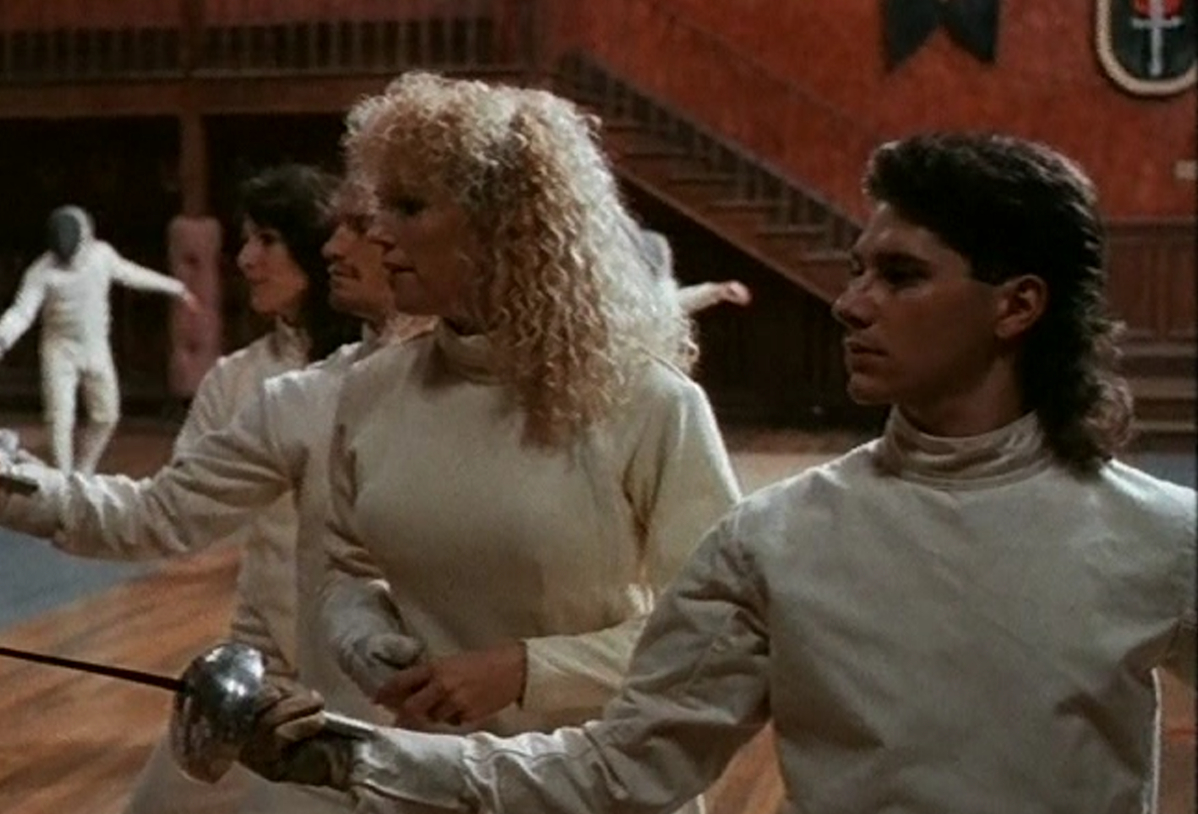 Watching the film some thirty years later, it still holds up thanks to the excellent lead performances from Roberts (who, despite making wall-to-wall turkeys these days, cannot be criticised for not giving 100%) and Abraham.  The pair of them have very contrasting presences on the screen but, to the extreme layman, both do a half decent job of faking it with the fencing.

There are subplots based around the students too.  They all have the air of students at a prestigious music academy rather than being in a sporting gym but their relationships do add a dimension to them.  And of course, Suba gets to coach the b-squad which gives us some satisfying montage sequences as his old school approach clashes with Villard’s more refined, modern tutelage. 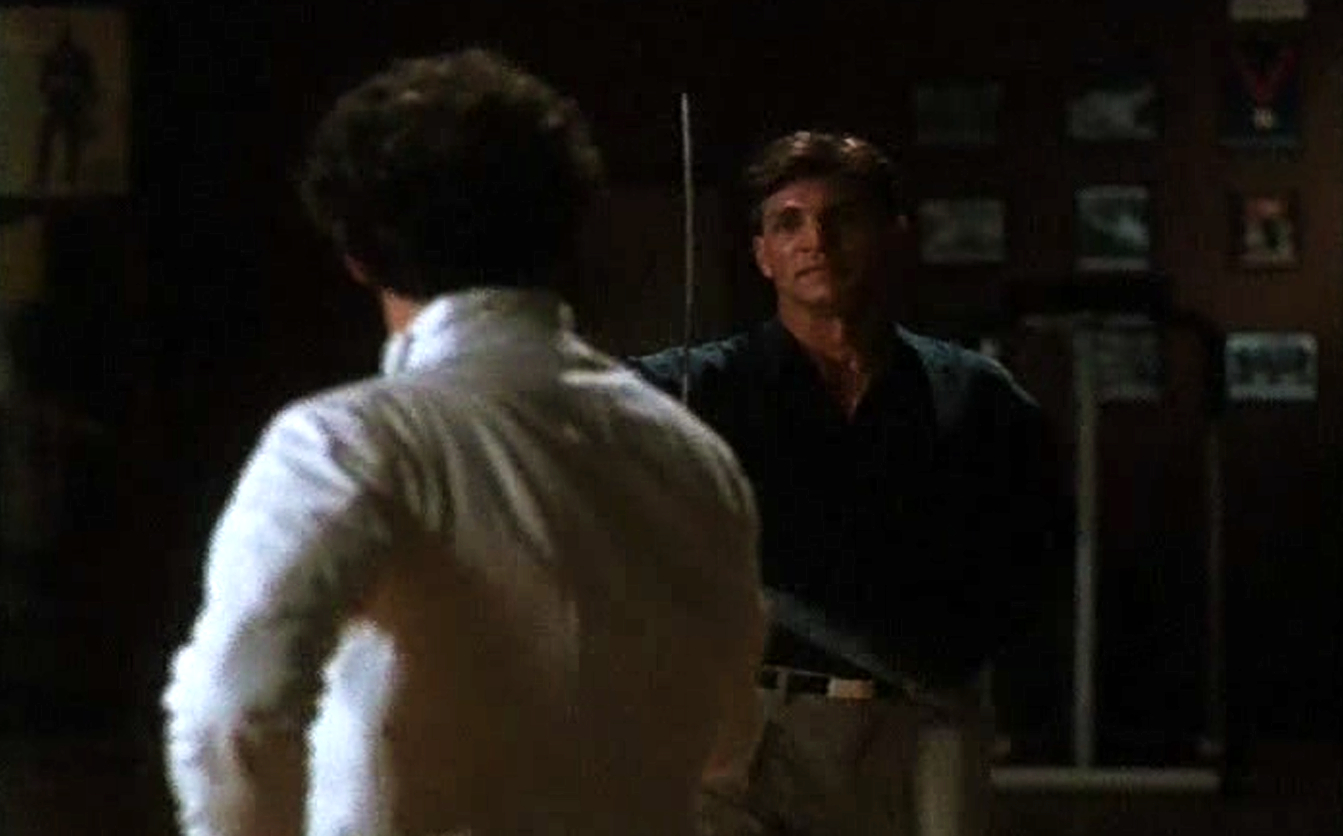 Like all good character studies from that era, By The Sword is small in scale but big in heart.  Neither Roberts or Abraham are huge stars but they are both considerable talents who shine in films like this, especially with the small sets giving the film the quality of a play.  Sure, critics weren’t massively impressed at the time but in hindsight there’s a lot to enjoy about the film especially if you grew up on daft action flicks and are now looking for more of the same but a bit more considered and, dare I say it, cultured.

Of course, we’ll never shut up about Eric Roberts and his wonderful turn as Alex Grady in The Best of the Best and so we’re up for whatever he put out in that period and while this falls just out of our usual ’80s scope it has all the charm of a great ’80s film.  It’s also basically lost to the ages as it only had a low key VHS and DVD release and there’s no sign of a Blu-ray any time soon or any streaming options.  But if you can track it down, it’s a hidden gem.